Ikpea noted that the match would also bring back the confidence of the team after a disastrous outster from the 2022 World Cup in Qatar. 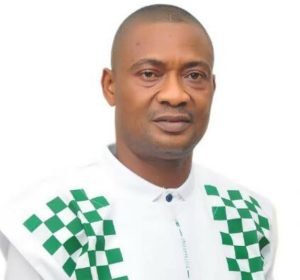 The President of Nigeria Football Supporters Club (NFSC) Sam Ikpea has described the Super Eagles’ 10-0 mauling of the Falcons and True Parrots of São Tomé and Príncipe as historic.

Ikpea spoke with the News Agency of Nigeria (NAN) aftermath of the record scoreline in the Group A qualification Match Day two between Nigeria and São Tomé and Príncipe in Stade at Grand Stade Agadir, Morocco.

Ikpea noted that the match would also bring back the confidence of the team after a disastrous outster from the 2022 World Cup in Qatar.

“It is a good results from the team in the two AFCON matches played so far, they are trying to bring back the confidence of the fans back after the Qatar world cup failure.

“The 10 nil win São Tomé and Príncipe to me is an historic and fantastic result. This is the first time the team will record such win and I believe it is a good one.

“I want the new coach, Jose Peseiro to be given free hands to manage the team, he has his plans and strategies for the team.

He should be allowed to showcase his technical indepth without interference and he should also not rely only on big names from abroad, he should look and encourage players from the local leagues,” he said.

Nigeria now has a two-point advantage in Group A standing with six point, this follows the 2-2 draw between Sierra Leone and Guinea-Bissau in the second fixtures.

The Super Eagles will resume AFCON 2023 qualifiers in the Group A encounter in September with a double header clash against Guinea Bissau.