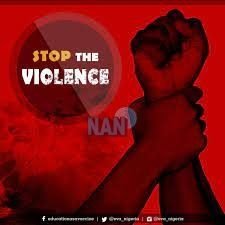 The United Nations Population Fund (UNFPA) views Gender-based violence as one of the most prevalent human rights violations in the world.

Following this, observers have noted that low conviction rate and the culture of silence had contributed to emboldening perpetrators to continue to perpetuate the heinous crimes.

They also note that survivors of gender-based violence suffer devastating short and long-term consequences to their physical and mental health.

Concerned citizens even believe that the high rate of cases might be as a result of inability of the victims to access aid, get justice or contact with appropriate authorities.

For instance, the Minister of Women Affairs and Social Development, Mrs Paullen Tallen, said that that out of 5,100 cases of Gender-Based Violence (GBV), only 16 of such cases have been convicted so far nationwide.

Tallen further said that while 160 of such cases were fatal, 231 were closed, while 936 were still ongoing.

Perspective observers believe that the reason for this high rate is as a result of non-implementation and inadequate awareness of the Violence Against Persons Prohibition (VAPP) Act 2015.

Worried by this development, the Executive Director of the Abiodun Essiet Initiative for Girls, Mrs Abiodun Essiet, said that the menace had become a societal problem as the culture of silence had made it worse over the years.

She added that in a study which focused on how traditional rulers handled sexual and gender-based violence carried out by her non-governmental organisation indicated that response points played a key role.

According to her, being unable to report to the right quarters and the fear of being stigmatised had continued to empower the perpetrators to carry on with the act.

“A lot of people do not know that some behaviours are classified as Sexual and Gender-Based Violence (SGBV); such acts include slapping one’s wife, abandonment, leaving your kids or sending women away.

“So, we need a lot of awareness to address the structural problems we are having in the society regarding SGBV and so many people are getting away with things that should not be.

“Some people are scared of telling their religious leaders what happened to them or to their children so that their partners will not be victimised, making these cases to be under-reported.

“Such attitude makes perpetrators to go back to the community and live peacefully as if nothing happened; but we are advocating for victims to speak out and end the culture of silence,’’ she said.

Essiet added that the poor knowledge and adoption of the Violence Against Persons Prohibition (VAPP) Act standards among SGBV response points was also a contributory factor.

“It is also important for traditional and religious leaders to be trained on best ways of handling these cases and the need to improve surveillance around children.

“Not less than 44 per cent of SGBV cases are experienced by children who are usually incapable of reporting early,’’ she said.

Akpan, while reacting to the death of popular gospel singer, Mrs Osinachi Nwachukwu, who allegedly died as a result of spousal abuse earlier in the year, said it was time to put an end to the culture of silence.

She said while the VAPP Act was indeed passed in 2015, it was still at varying stages of adoption at the state levels, making it difficult to reap its benefits.

Akpan, who called on women and girls to leave any abusive relationship that threaten their wellbeing, also advised Nigerians to desist from stigmatising victims of such relationships.

“Youth Alive Foundation has raised concerns over the culture of silence by women and girls in abusive relationships.

“The society has made girls and women believe it is her responsibility to keep the marriage or relationship together at all cost.

“Even if the cost it requires is her life, it seems somehow more acceptable than to be unmarried or divorced.

“Due to the culture of silence, violence and other harmful practices have become deep-rooted and difficult to battle.

“Many have died and others maimed in a bid to not disrupt the almost sacred silence.

“We are working with other civil society organisations on the Safeguarding Against Violence and Exploitation (SAVE) project in various states to advocate for the adoption and implementation of the VAPP Act,’’ she noted.

In the same way, human rights activists have continued to clamour for the domestication of the Violence Against Persons Prohibition (VAPP) Act 2015 as a way of curbing the menace in the country.

The act which aims to eliminate all forms of violence in a person private and public life, also provides maximum protection and effective remedies for victims and punishment of offender.

Earlier this year, Mr Josiah Emerole, Director of Public Enlightenment, National Agency for the Prohibition of Trafficking in Persons (NAPTIP), said at a sensitsation forum in Yenagoa that no fewer than 20 states had domesticated the VAPP Act, 2015 for implementation in their various states.

The VAPP Act stipulates that any person who contravenes any of the sub-section commits an offence and is liable on conviction to a term imprisonment and or to a fine.