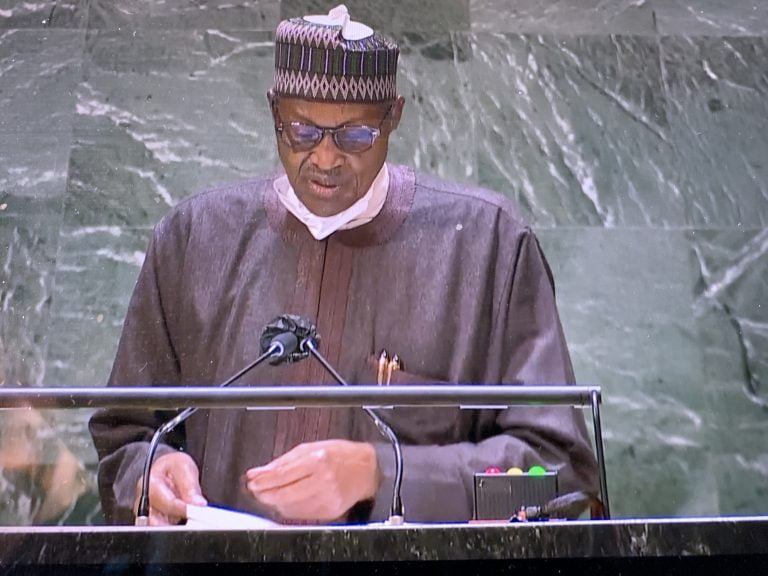 The 77th regular session of the United Nations General Assembly (UNGA) has opened with excitement as the UN Headquarters in New York is now a beehive of activity after three years of virtual gathering.

Due to the Coronavirus (COVID-19) pandemic, the UN had adopted virtual and hybrid means since 2020 for its General Assembly to guarantee business continuity and mitigate the spread of the disease.

However, delegates from 193 member states of the UN are expected to attend the session in person this year, with the meeting running from Sept. 13 through to  Sept. 27.

Similarly, Heads of State and Governments, ministers, and delegates from the member states are expected to deliver statements in person at the High-Level Week of the gathering from Sept. 20 to 27.

As precautionary measures against the spread of COVID-19, the side events have been reduced to less than 20 within the UN headquarters, while delegates are encouraged to hold their events outside the premises.

According to a revised provisional list of speakers released by the Office of the General Assembly President, the Nigerian President, Muhammadu Buhari will deliver Nigeria’s  statement on Sept. 21.

Buhari will be the first speaker on that day to address world leaders.

The Nigerian leader will deliver his address around 9am (around 2pm Nigerian time) to other world leaders during the morning session while leaders from four other African countries will also speak in the course of the session.

Buhari will be speaking in tandem with the theme of UNGA 77, “A watershed moment: Transformative solutions to interlocking challenges”, highlighting some measures taken to address the impact of climate change.

He is also expected to inform the global community on the efforts the Nigerian government has made towards reviving the shrinking of Lake Chad and the drying up of many rivers as well as rising sea levels.

In addition, he will highlight some measures taken by the Nigerian government, from mitigation to resilience and will reaffirm the country’s commitment to building a climate-resilient economy that will align with the Sustainable Development Goals (SDGs) objectives.

Buhari is expected to be accompanied by Minister of Foreign Affairs Geoffrey Onyeama; Nigeria’s Permanent Representative to the UN, Prof. Tijjani Muhammad-Bande; and Mr Benjamin Olafaju, the Head of Chancery at the Nigeria Permanent Mission to the UN to deliver his statement to the world leaders.

Speaking on the level of preparedness to participate, Olafaju said that the Mission was ready to participate at the global debate, attend the high-level meetings, and host the Nigerian delegation to the assembly.

According to him, President Buhari will lead the Nigerian delegation with some ministers, state governors, and heads of agencies to the debate.

“We are prepared to receive the Nigerian delegation and give the best support to Nigeria’s participation in all the side-line events, which are five mandated events from the UN,” Olafaju said.

He added that Nigeria would cover all areas of interest from food security, education, insecurity, and climate change, among others.

Also, a high-level meeting to mark the 30th anniversary of the adoption of the Declaration on the Rights of Persons Belonging to National or Ethnic, Religious and Linguistic Minorities.

He said that with the relaxation of COVID-19 protocols, UNGA 77 would be a reflection of the previous ones before the outbreak, where debates and meetings were done in person.

“The last in person UNGA we had was in 2019 so we are expecting a sizeable delegation from Nigeria with UN reverting to the old tradition of attending in person.

“It is going be a unique UNGA for Nigeria because this is the last General Assembly that President Buhari and some heads of Ministries, Departments and Agencies (MDAs) will attend.

“They are going to put in their best to ensure Nigeria’s outing is successful and impactful,’’ the official said.

He confirmed that Nigeria’s First Lady, Mrs Aisha Buhari will be attending an event organised by the African First Ladies Peace Mission (AFLPM) on the margins of the 77th Session of the UN General Assembly.

Speaking on the event, Mr Suleiman Haruna, Director of Information to the First Lady of Nigeria, said Mrs Buhari would be speaking as President of AFLPM on Sept. 22.

Haruna said Mrs Buhari was elected President of AFLPM in November 2021 during the 9th Assembly of the mission in Abuja.

“Early this year, she presented her mandate before the African Union (AU) and to members on the margins of AU Summit in Malabo, Equatorial Guinea,”’ the director said.

Haruna further said that Aisha Buhari would speak at the event on peacebuilding and conflict prevention.

“It is anticipated that 25 years from its inception, the High-Level Side event on the margins of the 77th Session will provide a platform to share experiences.

“It is also expected that it will proffer solutions that will lead to unified calls for action among members,’’ he said.

Nigeria’s Minister of Foreign Affairs, Geoffrey Onyeama is expected to arrive in New York to finalise arrangement to prepare the President for his last outing.

The expectation is that the team from the Ministry of Foreign Affairs and the Nigerian mission in New York will put in their best to ensure that Nigeria records a landmark outing that will be of immense benefit to not only the government and people of Nigeria but for the business community in the country.