He takes over from Mr Charles Agulanna, who was the last substantive DG of the institute. 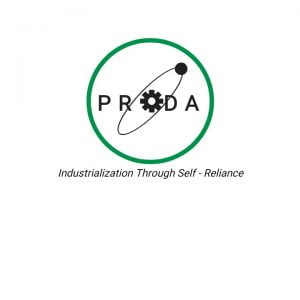 Recall that the Federal Government had in a letter dated May 20, 2022 announced Ogbobe as the new DG of the institute for a non-renewable 5-year tenure.

He takes over from Mr Charles Agulanna, who was the last substantive DG of the institute.

Ogbobe, who addressed staff of the institute, said that it was sad that PRODA had been in the news for the wrong reasons.

The DG mentioned petition writing from staff of the institute as one of the things that had held PRODA back.

“Let us have it in mind that this is a new beginning; let us re-orientate our thinking process and convert our petition writing skills to research writing skills.

“PRODA which was the pride of the country has lost touch of research but we will restore its lost glory,” he said.

Ogbobe promised to leverage on his contacts to attract research funding to the institute.

In their separate interviews, leaders of the labour unions in the institute promised to work harmoniously with the DG in order to move the institute forward.

The Chairman, Non-Academic Staff Union, PRODA Branch, Mr Amos Okeke and his Academic Staff Union of Research Institutes counterpart, Mr Onyedikachi Ihedioha, said that petition writing would reduce in the institute depending on the performance of the DG.

The News Agency of Nigeria (NAN) reports that until his appointment, Ogbobe was the Director, Information Communication Technology (ICT) at the National Board for Technology Incubation (NBTI).

He holds a PhD in Mechatronics Engineering, a Masters degree in Mechanics/production engineering and has 29 publications to his credit in both national and international journals.