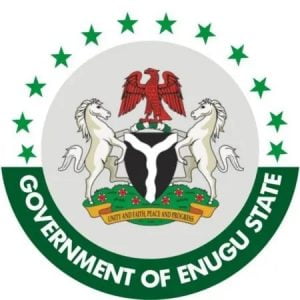 The Enugu State Government on Wednesday reiterated its support for indigenous companies as an automobile firm, Ingrace Motors, also donated sample vehicle to the government.

The Secretary to the State Government, Prof. Simon Uchenna Ortuanya, stated this when a delegation from  the company, led by its Chief Executive Officer (CEO), Chief Chinedu Onu, visited Government House, Enugu.

Ortuanya expressed delight at the commitment of Ingrace Group in promoting indigenous manufacture of vehicles in Nigeria and donation of one to the government.

He also congratulated the automobile company for demonstrating patriotism through its local production.

Ortuanya disclosed that the company’s vision was in tandem with the government’s policies in investment, promotion and protection of life and property.

Appreciating Ingrace Motors for the car donation,  Ortuanya said the state government would come up with policies to foster the company’s growth and actualise its vision in the interest of the people.

Earlier, Onu said the company was at the government house to display its brand, assess its durability, flexibility and strength.

He said that it had obtained the Federal Government’s approval to assemble vehicles in the country, adding that it had also entered into business partnership with Chinese companies.

Onu disclosed that the automobile company had acquired over 600 plots of land, completely cleared at Ezimo, Udenu Local Government Area, for the assembly plant and had also paid for all the assembly’s equipment.

The CEO acknowledged the governor’s individual support to the company over the years.

“We have come to the Enugu State Government House to seek the state government’s support and blessings.

“We have about 11 brands of vehicles, but we came with four of them today.

“In our last meeting, the management approved that we should donate one of the vehicles to the Enugu State Government for use, for them to see the durability, flexibility and strength of the vehicle,” he said.

Onu said the company could not do it alone, adding that working with public spirited individuals and the state government would enable it to achieve its target.