NEPC trains 265 farmers in Plateau on production of potatoes

He said the training was part of its activities to actualise its One- State-One-Product (OSOP) initiative of developing areas of comparative advantage of every state in Nigeria for improved revenue generation. 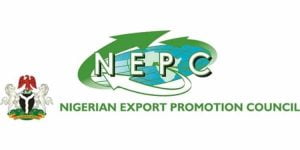 The Nigerian Export Promotion Council (NEPC) has trained over 265 farmers on effective production of potatoes in Plateau to boost its capacity for export.

The North Central Regional Coordinator of NEPC, Mr Samson Idowu, stated this in Jos on Thursday at a sub-committee meeting of the State Committee on Export Promotion (SCEP).

He said the training was part of its activities to actualise its One- State-One-Product (OSOP) initiative of developing areas of comparative advantage of every state in Nigeria for improved revenue generation.

He explained that NEPC had developed a strategy for the future of Nigeria through mapping out a “Zero Oil Plan” to focus on export as a primary driver of the economy.

“The Zero Oil Plan has been incorporated into Economic Recovery and Growth Plan (ERGP) and has identified priority products which if actively worked upon, will boost the Nigerian economy and generate N30 billion annually for the country, “ Idowu said.

The NEPC official said the sub-committee meeting was organised to discuss challenges confronting exportation of potatoes selected as OSOP in the state, with the aim of recommending approaches of addressing it.

“The committee is here to look at the challenges hindering exportation of One-State-One-Product that we have chosen in the state.

“In view of the foregoing, there is no doubt that this meeting will accelerate the journey toward repositioning the OSOP initiative in the state as well as making the state an export hub.

“There is abundant natural and mineral endowment on the Plateau to earn the state a remarkable status in non-oil export performance, “ he said

He described Plateau as blessed to have an advantage of tropic and temperate climate required for the thriving of agriculture all year round.

Idowu said that findings showed that the state needed support with mechanisation, funding and provision of farm inputs for optimal production.

He called for collaborative efforts by key stakeholders to address the challenges.

He noted that NEPC would not relent in consulting with relevant government and non-governmental organisations to achieve the target of an improved economy.

Earlier in her remarks, the Permanent Secretary, Ministry of Commerce and Industry, Mrs Nanlop Gupiya, said the committee was inaugurated to also continuously interface with relevant stakeholders to build sustained partnerships.

Represented by the Director of Administration, Mr Dokbish Zachariah, the permanent secretary urged members of the committee to be committed in their duties for the progress of Plateau.

LCCI embarks on gas use sensitisation across 5 locations in Lagos