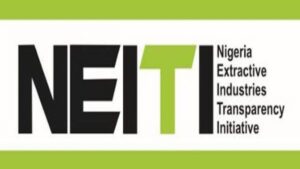 The Nigeria Extractive Industries Transparency Initiative (NEITI),  has unveiled its 2020 Audit Reports on oil, mining and Fiscal Allocation and Statutory Disbursement to drive reforms and transparency in management of natural resources.

The reports include Oil and Gas Industry Report, the Solid Minerals Report and the Fiscal Allocation and Statutory Disbursement Audit Report (FASD).

He said the oil and gas report came at a time Nigeria had made a major statement on future direction of the sector with the passage of Petroleum Industry Act (PIA) and at a time it was facing global transition challenge.

He noted that the solid minerals report on the other hand, revealed the huge gap and immense opportunities that still existed for the sector to become a catalyst for future economic growth and development.

He said that the FASD report could educate us on the special provisions made to address critical development issues and signifies a major symbol of the unique form of Extractive Industries Transparency Initiative (EITI) implementation.

He said the decision to open up the extractive sector to public accountability was part of a larger economic reform agenda by the Federal Government in 2003.

Adekunle said since then, stakeholders in the global EITI process in Nigeria had not relented in generating data, driving reforms, and developing a culture of engagement that had injected transparency and accountability into the management of our resources.

He said between 2003 and 2022, Nigeria EITI had produced and published 13 cycles of oil and gas industry reports, 11 cycles of solid minerals and three cycles of Fiscal Allocation and Statutory Disbursement audit reports.

He said more importantly, NEITI had ensured that the reports, along with implementation of other requirements of the EITI principles and standards, directly addressed the economic reform policies of successive administrations.

“The regularity and relevance of the EITI process have also led to increasing public engagement with policies and operations in the extractive sector.

“This is because the unprecedented reporting on the extractive sector has produced groundbreaking and timely disclosures on revenue generation and management in the sector.

“Remarkably, this process has institutionalised a channel for ongoing remedial actions and policy interventions.

“The Audit Reports will be available to the legislature, the executive, civil society, companies, international development partners, research institutions, investors and citizens,’’ he said.

“But reforms do not just happen. They are the products of deliberate action, which must be anchored on multi-stakeholders ownership- the government, the companies, the civil society, the media and the citizens must stake interest for it to work,” he said.

Orji said in the last one year, it had also embarked on and completed the NEITI Audit Management System for immediate deployment, for our 2021 industry Reports.

He noted that under the leadership of the board, a five year strategic plan had also been developed from where all our specific annual plans would be anchored for easy implementation, tracking, monitoring and evaluation.

“The primary reason for the industry audits, in line with NEITI’s national and international mandates, is to provide information that citizens and civil society need to generate public debate and push for reforms, and that government needs to carry out evidence-based decision-making.

“Over the years, individuals and non-state actors have also looked up to the annual EITI audits for independent research, for knowledge production and for development intervention,” he noted.

Also speaking, the Executive Chairman, Federal Inland Revenue Services (FIRS), Mr Mohhamed Nami disclosed that it was able to generate adequate data and N6.4 trillion for federation account in 2021 through NEITI, adding that it would leverage on the reports.

On his part, Mr Umar Ajiya, Chief Financial Officer, Nigeria National Petroleum Company Ltd. (NNPC) said it was committed to clarifying issues on 2020 report, adding that it had basically automated its business processes to ensure tranparency and accountability.

Our sale, purchase agreement with ExxonMobil not terminated – Seplat Energy