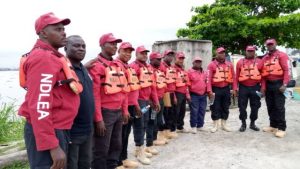 The Ogun Command of the National Drug  Law Enforcement Agency (NDLEA), on Friday said it arrested 99 suspects with a total of 7,889.03 kgs of illicit drugs from January to June.

Ishaku Kwajafa, the Commander of NDLEA in the state, made the disclosure at a programme organised to mark this year’s United Nations International Day against Drug Abuse and Illicit Trafficking (IDADAIT).

The theme of the event, held at the Command’s Headquarters at Oke-Ilewo, Abeokuta, is “Addressing Drug Challenges in Health and Humanitarian Crises.”

Kwajafa said the suspects comprise of 80 males and 19 females.

He added that the command also seized 82,766 tablets of assorted psychotropic substances and 17.3 litres of codeine.

Furthermore, the Commander explained that the command counseled 34 clients and convicted 21 offenders during the period under review.

He noted that a growing sense of global community, solidarity and need to care for all, had emerged as the world continued to witness crises in countries like Ukraine and Afghanistan.

“This year’s theme will focus on transnational drug challenges, stemming from situation of crises.

“We shall also advocate to protect the right to health for the most vulnerable, including children, youths, people using drugs, people with drug use disorder and people who need access to controlled medicines

“The theme and the hashtag “#CareInCrises” campaign, help us make the World Drug Day a turning point in global efforts to tackle drug challenges,” he said.

Kwajafa assured that the Command was strategically positioned through its various formations to cover the entire length and breathe of the state for effective discharge of its statutory duties.

He said that the command had continued to partner with other organisations, including the National Youth Service Corps (NYSC) and the state Drug Control Committee to spread anti-drug abuse campaign across the state.

He acknowledged the support and assistance from the state government, the media and host communities of various formations of the agency across the state.

The Commander appealed to parents to spend time with their children with a view to helping them proffer reasonable solutions to whatever challenges they might be going through.

He noted that such measures would help check the menace of drug abuse and promote a drug-free and healthy society.