She said it was imperative for the public to regard telecom facilities as collectively owned infrastructure. 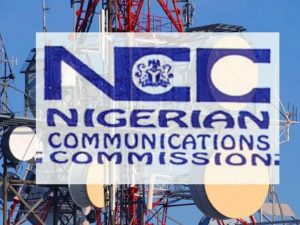 The Nigerian Communications Commission (NCC) has tasked telecommunications consumers on the need to protect its infrastructure in the country.

The Commission said the consumers had a major role to play in complementing efforts being put in place by the Commission to curb such menace.

The NCC gave the advice at a sensitisation programme for residents in Sabon-Wuse under Tafa Local Government Area of Niger state, NorthCentral, Nigeria.

Addressing residence at the event, the Director, Zonal Operations, NCC, Mrs Amina Shehu, decried the problem of vandalism caused to telecom infrastructure which often resulted in poor quality of service to the consumer.

Shehu, who was represented by the Assistant Director, Zonal Operations, NCC, Mr Abubakar Usman, urged the residents to ensure that they protected telecom facilities in their community.

She said it was imperative for the public to regard telecom facilities as collectively owned infrastructure.

Shehu added that they were crucial and essential for the provision of efficient and acceptable telecom services and, therefore, needed to be keenly protected.

She emphasised the centrality of telecommunications sector to the economy and also informed that telecom in the last 15 years was a major contributor to the nation’s economic growth and development.

“Some challenges in the industry arise from some misconceptions and misguided facts about key telecom infrastructure such as Base Transceiver Stations (BTS) among others.

“This has been targets of vandalism, theft and hostility from some host communities,” she said.

On the issue of misinformation about Electromagnetic Frequency (EMF) radiation emanating from telecommunications infrastructure, she said it was not harmful.

Shehu said this was according to studies conducted by the International Telecommunication Union (ITU), World Health Organisation (WHO) and the International Commission for Non-Ionising Radiation Protection (ICNIRP).

She stated that the event was to correct the misconception people had on the effect of radio magnetic waves on human health.

She stressed the need for collaboration among relevant stakeholders and the healthy enabling environment provided by Federal Government in the sector.

She also informed them about facilities provided by the Commission, which could be used to improve telecom experience and quality of life in general.

They include the NCC Toll-free Number (622); the 112 National Emergency Number; and the Do-Not-Disturb (DND) 2442 short code for managing cases of unsolicited text messages, amongst others.

“The Commission is saying again to you that there is no scientific evidence yet that shows radiation from telecom masts constitute health hazards to human.

“We want you to help spread this information to those that are not here,” she said.

Meanwhile, the Traditional Head, Sabon-Wuse, Alhaji Adamu Bako, appreciated the Commission for bringing the sensitisation programme to the community to educate the consumers on consumer-related issues as well as correcting wrong notions and clarifying misconceptions.

Bako also called on the indigenes to support NCC in protecting telecoms infrastructure so as to ensure that quality of service improved in the areas.