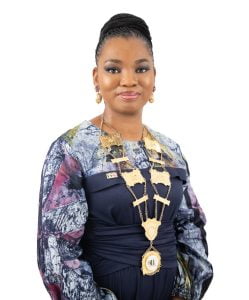 Ms Bisi Adeyemi, the President, Nigerian-British Chamber of Commerce (NBCC), says the chamber is well-positioned to attract trade and investments opportunities across different sectors of the Nigerian economy.

Adeyemi gave the assurance at the NBCC 43rd Annual General Meeting (AGM) on Thursday in Lagos.

It was also the commemoration of her first year as president of the chamber.

She said the assurance was in line with her administration’s eight-point agenda with the theme: “Consolidation and Sustainable Growth,” to drive the chamber to sustainability.

“The chamber in its bid to attract trade and investments has scheduled inward and outward-bound trade missions to and from the United Kingdom for 2023.

“The chamber has recorded several achievements in the past 12 months since my assumption of office as president.

“Some of the achievements include improved value proposition to members, strengthened its headquarters for improved service delivery, refocused sectoral groups for maximum impacts and improved its advocacy role as the voice of business,” she said.

Adeyemi added that the chamber had integrated more British businesses into its membership, sustained focus on Micro, Small and Medium Enterprises (MSME), and diversified funding sources.

“On the top burner for us is ensuring that the aspirations of members in joining the chamber are met and surpassed.

“We have taken significant steps to improve value proposition and engagement, targeted advocacy, more networking opportunities, and bespoke benefits designed to meet the needs of members to impact business performance,” she said.

Adebisi said that the chamber had over time continued to be dynamic and innovative in its accelerated adoption of technology to drive its operations.

She noted that the economy was still recovering from the COVID-19 pandemic.

Adebisi said the NBCC would continue to identify the needs and challenges of the MSMEs, proffer solutions, and execute programmes to enhance their growth.

He said that most of the chamber’s strategic initiatives that begun in 2020, were being implemented in 2022.

“We remain hopeful that the initiatives would yield positive results for years to come,” he said.