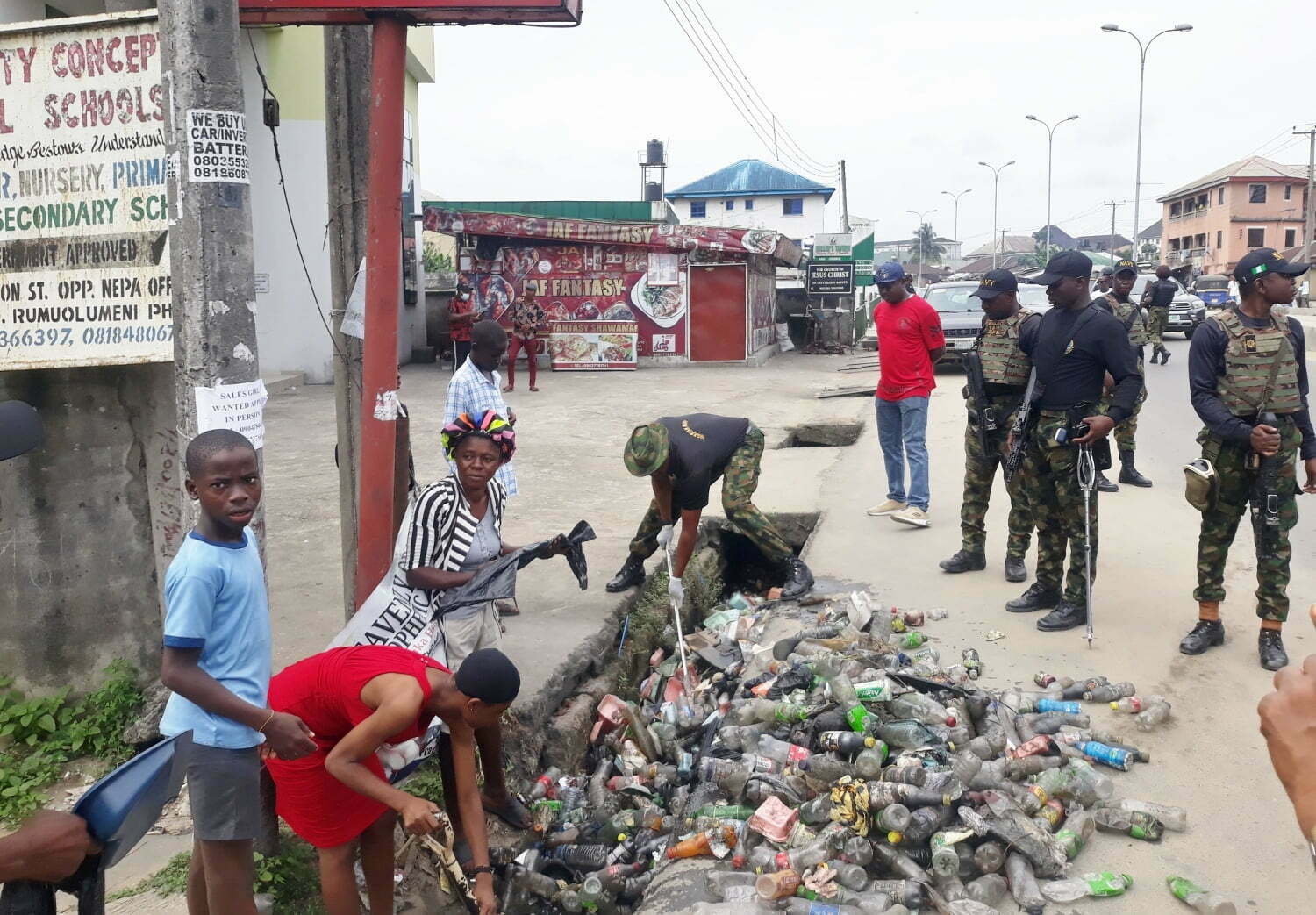 The Nigeria Navy says it is collaborating with its host, the Rumuolumeni community in Rivers, to maintain a newly-rehabilitated road in the community.

Commodore Suleiman Ibrahim, Commander of NNS Pathfinder, announced this during a special sanitation organised by the Navy in Port Harcourt on Saturday.

The Aker Road leading to Nigeria Navy Ship (NNS) Pathfinder base in Port Harcourt was recently rehabilitated and expanded by the Rivers Government after several years in deplorable condition.

Ibrahim said the navy decided to partner with its host community due to concerns over the dumping of refuse on the road and drains in the area.

“The Rivers state Government has done so much for this community, and so, we don’t have to wait for the government to do everything for us.

“The Aker Road was in a very bad condition until the Navy hierarchy and the community reached out to the state government, and they listened and constructed the road,” he said.

Ibrahim said the sanitation was part of the navy’s social corporate responsibilities in line with the strategic directive of the Chief of Naval Staff, Vice Adm. Awwal Gambo.

“But after rehabilitating the road, people overtime indiscriminately disposed of their used products on the road and drainage system, thereby undermining the efforts of the government.

“So, I felt the need to collaborate with the community leadership to ensure the roads and environment were clean, and as such, not fall into decay.

Also, the Community Development Chairman in Rumuolumeni, Williams Ikechi, commended the navy for cleaning up the area, as part of its corporate social responsibilities.

He said the navy had never carried out sanitation since it opened its base in the community.

“So, we thank the navy for this community service, and assure that we will ensure the road and the surrounding environment are kept clean at all times.”