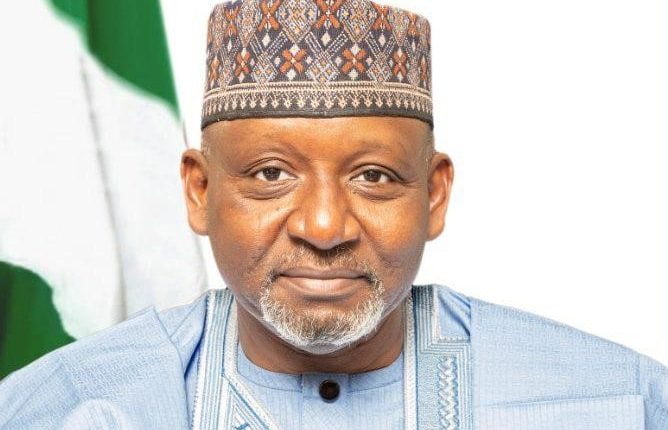 The Minister of Transportation, Mu’azu Sambo, said his vision for the transportation sector was to inaugurate a national transport policy before May 2023.

Sambo, who said this in an interview with maritime reporters on Thursday in Lagos, said as part of the policy, the Nigerian Railway Corporation would be unbundled.

According to Sambo, the ministry will do everything possible to make sure that the industry gets a national transport policy by May 2023.

“There are few grey areas; incidentally those grey areas, we are very conversant with because they seem to have generated conflict between the Ministry of Works and Housing and the Transportation Ministry.

“And those grey areas I can assure you that we will put them behind us. As soon as we convene the next meeting anytime from now, after that meeting, we should know the next step to take,” he said.

The minister added the national transport policy would be part of the legacies his administration would leave for Nigerians.

“I want to say that it is not how much time one has but what we can do with the little time. In fact when you are conscious of the fact that you have little time, you seem to achieve more.

“This is because one is more focused, you put in more time and energy than the person that says he has four years and will take his time to work.

“I want to say that it not impossible to achieve a lot within the few months we have,” he said.

Sambo said one of the things he also wanted to see was the unbundling of the Nigerian Railway Corporation.

“Before I came, there was a committee that was set up by my predecessor to look into the unbundling of the Nigerian Railway cooperation.

“This country has invested a lot of money including debts to construct rail lines, very critical national infrastructure which must pay itself. We cannot have an agency that is the regulator and operator at the same time,” he said.

He noted that some of the lines would be concessioned as the ministry had started soliciting for those interested in running the lines.

He pointed out that this would make the railway corporation more competitive, cost efficient and generate revenue for government.

“I want to see a Nigerian Railway Corporation that is not three-in-one. It’s a vision I have and I pray that my team siting beside me at this table will join me in pushing this,” he said.

Sambo said the country was blessed with natural resources of ocean and inland waterways, that it had no business exploiting oil because of its damaging effect on the environment.

He emphasised that Nigeria was actually a maritime country, and there was no reason it could not survive on maritime alone, and He that all that was needed was the right policy in place.

“The maritime sector can drive the economy of this country, it is achievable. I will be elated if we are able to a lay good foundation for those coming after us to operate.

“That is why I also emphasis team work; if we work as a team I believe we will succeed and I know I have the best team beside me,” he said.