He said that he who provided water provided life, hence the need for the community’s appreciation to the Federal Government in that direction. 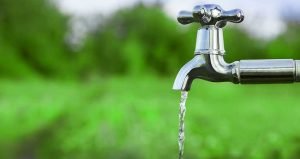 The District Head of Wakama, Nasarawa State, Chief Adams Makka-Nangba, has commended the Federal Government for its commitment in providing potable water supply to communities in the country.

Makka-Nangba gave the commendation on Monday during the inauguration and handing over of a motorised solar-powered borehole by the Ministry of Water Resources to Ezhiba community in Nasarawa State.

The district head said that the commendation became imperative due to importance of water to both human and societal development.

He said that he who provided water provided life, hence the need for the community’s appreciation to the Federal Government in that direction.

“I want to thank the Federal Government through the Federal Ministry of Water Resources for sinking a motorised solar borehole in Ezhiba community.

“As he who provides water, provides life as human beings cannot sustain their lives without water,” he said.

The district head pledged the community’s readiness to guide the projects against vandalism and theft and to ensure its proper utilisation.

The cleric said that the gesture would improve the standard of living of the people of the community and its environs.

The Minister of Water Resources, Alhaji Suleiman Adamu, said that the gesture was part of the Federal Government’s continued commitment to provide potable water to communities across the country.

Adamu, who was represented by the Scientific Officer of the ministry, Mr Solomon Dogara, urged communities to jealously guard the facilities to ensure its durability.

The minister gave an assurance of the Federal Government’s continued commitment to provide infrastructure and water supply to Nigerians to improve on their standard of living.

They pledged to guide the water facilities in the interest of the community and for the overall development of the country.