Balarabe-Abdullahi, while announcing the reappointment of the immediate past Chairman of NSIRS, Ahmed Muhammed-Yakubu and three other members, said the Assembly would continue to provide legal backing to enhance revenue generation in the state. 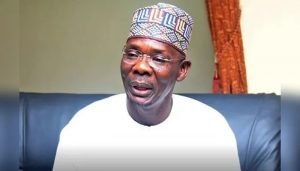 Nasarawa State House of Assembly  has pledged its support to Gov. Abdullahi Sule’s drive to improve  the state’s internally generated revenue.
Speaker of the Assembly, Alh. Ibrahim Balarabe-Abdullahi, stated this during plenary on Monday in Lafia, when the House confirmed the nomination of the Chairman and members of the Nasarawa State Internal Revenue Service (NSIRS) submitted by Gov. Sule.
Balarabe-Abdullahi, while announcing the reappointment of the immediate past Chairman of NSIRS, Ahmed Muhammed-Yakubu and three other members, said the Assembly would continue to provide legal backing to enhance revenue generation in the state.
Other members of the board confirmed by the Assembly were Sabo Balarabe-Usman, Emmanuel Zachariah and Ali Mohammed- Doma.
The speaker said that the confirmation of the nominees  followed their track records of achievements in their first tenure.
“The Chairman and members of the board appeared here before us four years ago for the same rituals. His Excellency, Gov. Abdullahi Sule was satisfied with their performances and resent their names for screening and possible confirmation.
” I have also received reports from House Committee on Finance and Appropriation over their good  performances.
Don't miss
NEWS

” Their performances speak volumes as no committee of the House found them wanting and that was why His Excellency reappointed all of them for another tenure,” he said.
READ ALSO:https://brandpowerng.com/statistician-general-of-the-federation-not-dead-says-nbs/
The speaker urged the chairman and members of the board to continue to work in harmony in order to move  the board forward and generate more revenue to the coffers of the state government.
He promised that the Assembly would continue to encourage the board to do their job effectively and write their names in gold in revenue generation.
Speaking earlier, Alhaji Tanko Tunga ( APC- Awe North), the Majority Leader moved a motion for the confirmation of the nominees and was seconded by the Minority Leader,  Mr Abel Bala (PDP- Nassarawa Eggon West).
The House unanimously screened and confirmed the nominees.
The speaker, then directed the clerk of the House to communicate the House resolution to Gov. Sule for necessary action.
The News Agency of Nigeria ( NAN)  reports that  Gov. Sule had on April 7,  sent the names of the nominees to the Assembly for screening and confirmation.
(NAN)