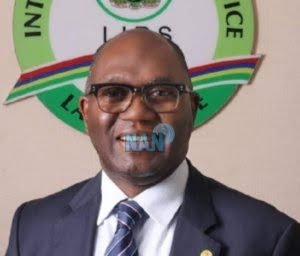 The News Agency of Nigeria (NAN) Staff Multipurpose Cooperative Society Limited has declared N12.745 million as profit  after expenses for the 2021 financial year.

The President of the society, Mr Moses Uzoagba, announced the amount at the agency’s 11th Annual General Meeting (AGM) in Abuja on Saturday.

Uzoagba said the amount was higher than the N10.305 million profit after expenses recorded in 2020.

The president said the profit was realised due to prudent management and massive investments through loans and trading of items ranging from foodstuffs and household electronics.

He proposed that 69 per cent representing N8.794 million should be declared as dividend and interest.

Uzoagba also proposed that 10 per cent of the profit be set aside as education fund while 10 per cent be placed on general reserve.

“We invested in money market like the Federal Government Treasury Bill. Most loans we gave ran into millions.

“The executive committee embarked on vigorous trading during the period under review.

“The cooperative shall continue with purchase and sale of food items, electronics and other forms of trade beneficial to members and non-members as the security situation warrants,’’ he assured.

Mr Salako Olusegun, the Deputy Director, Cooperative, Federal Capital Territory Administration (FCTA), commended the executives of the cooperative society for being up-to-date with its financial statement.

Olusegun advised NAN members of staff who are yet to join the cooperative to do so; saying that it is the best alternative to fund after retirement.

He also advised members of the cooperative  not to vote unreliable persons as its executives on the basis of friendship and other sentiments.

“Cooperative is the only platform where everyone is a stakeholder. Cooperative has taken a new dimension and form.

“The essence of cooperative is for you to be comfortable before and after you leave service,’’ he said.

Some members of the cooperative suggested the need for the executives to venture into more businesses to enable it make more profit.

Mrs Ese Eniola-Williams, a member of the cooperative, said that venturing into businesses like transportation would open up more opportunities for the society.

“I have always had confidence in NAN cooperative because it is where you run to and it is always there to answer you. It has done well in keeping and trading with our money.

“The management should seek more avenues where it can get things done for members.

“The profit of over N12 million is encouraging; but we can do more,’’ she said.

Mr Paul Aliyu, another member of the cooperative, applauded the executives for the profit recorded.

On members who patronise various loan agencies, Aliyu suggested the need for the agencies to liaise with employers of public servants who approach them for loans before obliging them.

He said the move would ensure if the staff member is credit worthy or had collected loans from other platforms.