Mr. Atuche and Ugo Anyanwu, a former Chief Financial Officer (CFO) of the bank, were both found guilty of 22 of the 27 counts of conspiracy and stealing charge proffered against them by the Economic and Financial Crimes Commission (EFCC) in 2011. 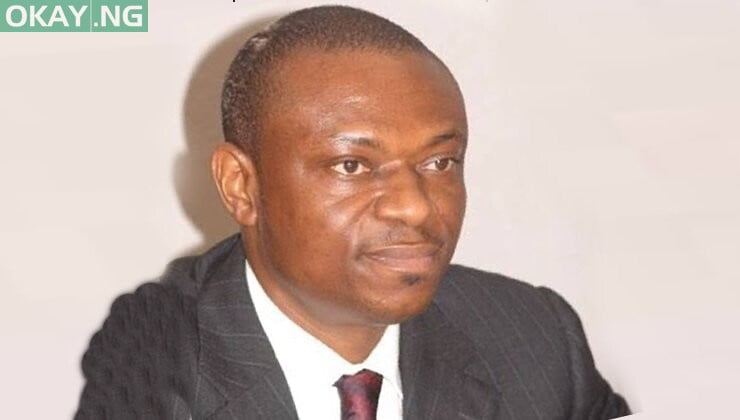 The former managing director of Bank PHB, a once flourishing bank that got distressed under his watch was on Wednesday convicted of defrauding the bank up to a total of N25.7bn.

There was a tense atmosphere in an Ikeja High Court on Wednesday night as Francis Atuche, a former Managing Director (MD) of Bank PHB, begged Justice Lateefa Okunnu not to send him to prison following his conviction for defrauding the bank of N25.7 billion.

Mr. Atuche and Ugo Anyanwu, a former Chief Financial Officer (CFO) of the bank, were both found guilty of 22 of the 27 counts of conspiracy and stealing charge proffered against them by the Economic and Financial Crimes Commission (EFCC) in 2011.

The News Agency of Nigeria (NAN) reports that Mrs Okunnu found Mr Atuche’s wife, Elizabeth, who faced trial alongside the duo, not guilty of two counts of conspiracy and stealing brought against her.

Messrs Atuche and Anyanwu were sentenced at nighttime following a very lengthy judgment that began at 9:12 a.m. and ended at 9:21 p.m.

After convicting the two bankers at 8:18 p.m., the judge asked if they had any plea to make.

They answered in the affirmative.,. Addressing the court, Mr Atuche begged not to be sent to jail.. He prayed Mrs Okunnu to temper justice with mercy.

“All the time I was the MD of Bank PHB, I gave my all to the bank.

“Never at any material time did it occur to me that I would set up a scheme to defraud the bank.

“I plead for mercy, leniency, your kindness, and I plead that out of your kindness and generosity, you will not allow me to go to jail.

“I am sorry and remorseful,” he said.

Mr Atuche told the court that as a professional banker and chartered accountant, he certainly did not want to become a convict.

“I pray that God will place in your heart to be kind. “I plead from the bottom of my heart. I’m extremely sorry; today will be a turning point in my life, I’m very sorry,” he said.

Mr Atuche’s counsel, Paul Nneoma, in his plea for mercy, described his client as a responsible family man who had never been convicted of any crime.

He appealed to the court to give Mr Atuche a fine instead of incarceration, in order to preserve his professional career.

Pleading also, Mr Anyanwu told the court that he was the only son of a police officer who died when he was barely a year old.

He said that he grew up on the premise of hardwork.

“What I achieved in the banking industry is by stint of hard work. I have suffered in the last 10 years of this trial.

“I am sorry if I was appearing cocky in the witness box during my examination-in-chief.

“I have two kids who are barely teenagers. They look up to their father, and I wonder what kind of impact this will have on them.

He said that one of Mr Anyanwu’s children had a medical condition requiring special attention.

He added that Mr Anyanwu was hypertensive, urging that the court should take judicial notice of the COVID-19 pandemic and impose a fine on him instead of custodial sentence.

Reacting to the pleas of the defendants, the EFCC team led by Kemi Pinheiro (SAN), requested a stiff sentence as well as an order of restitution against the convicts.

He said that Lagos State Government spent much funds and resources prosecuting the case in the past 10 years.

“We were taken to the Court of Appeal, the Supreme Court several times by the defendants.

“During the trial, they were rude and cocky. That is not remorse, the third defendant (Anyanwu) decided to hold unto his loyalty to his boss (Atuche) against his loyalty to the state.

“We pray the court imposes the maximum sentence and orders restitution,” he said.

During the judgment, the judge said Messrs Atuche and Anyanwu defrauded Bank PHB of billions of naira using well-recognised stockbrokers to transfer money belonging to the bank under the guise of loans and shares.

“It was a well-planned, well-executed scheme but the bubble burst when the Central Bank of Nigeria (CBN) intervened,” she said.

The judge held that neither Messrs Atuche nor Anyanwu was convincing as ‘witnesses of truth’.

“The first defendant (Atuche) was diversionary and evasive on the witness stand; sometimes confrontational and rude.

“The third defendant (Anyanwu) was also combative and rude under cross-examination,” she said.

Mrs Okunnu noted that a large volume of documentary evidence was produced by parties in the case.

She said that documents such as bank records, e-mails and statements of key actors in the case played a key role in securing the conviction of the defendants.

Dismissing the charge of stealing against Mrs Atuche’s wife, Elizabeth, regarding two companies affiliated to her which were said to have fraudulently received two billion naira worth of Bank PHB shares,

Mrs Okunnu held that there was no act of fraud or dishonesty overt or covert that had been linked to her.

“Nothing was proved beyond reasonable doubt that she silently or knowingly endorsed the perpetuation of fraud; rather, it was the first defendant (Atuche).

“On account of this, the prosecution failed to prove its case of stealing against the second defendant (Elizabeth),” she said.

On the charge of conspiracy against Mrs Atuche, the judge held that there was no evidence that linked her to the shares bought for the two companies affiliated with her.

“I find that the case of conspiracy does not hold,” the judge said.

Mrs Atuche, who was reciting prayers with a rosary during proceedings, heaved a sigh of relief upon hearing the verdict.

The judge equally made an order for restitution.

She said Mr Atuche abused his position of trust by stealing from the bank.

“By stealing from the bank, they stole from innocent customers of the bank.

“I hereby make an order of restitution against the first and third defendants to refund the sums stated in counts one to 11, 14 and 24.

“The sums are to paid to the relevant agencies that recovered the funds on behalf of the bank,” she ordered.

NAN reports that the EFCC team led by Kemi Pinheiro (SAN), had in 2011, charged the trio with a 27-count charge of conspiracy and stealing of N25.7 billion belonging to Bank PHB via fictitious loans and shares.

Mr Atuche and his spouse were accused of fraudulent conversion of money described as bank loans.

The EFCC said that the couple diverted funds belonging to the bank by buying shares for fictitious companies linked to them.

Mr Anyanwu was accused of using his position as the bank’s CFO to aid Mr Atuche in committing the crimes.

The anti-graft agency said that the trio stole more than N25.7 billion belonging to the defunct Bank PHB (now KeyStone Bank) between November 2007 and April 2008, while Mr Atuche was the chief executive officer.