“No fixed account was ever opened or authorised by anyone, neither was there any N20 billion kept anywhere. The facility in that sum collected from the bank via the approval of CBN in 2019 has since been used for the purpose intended. 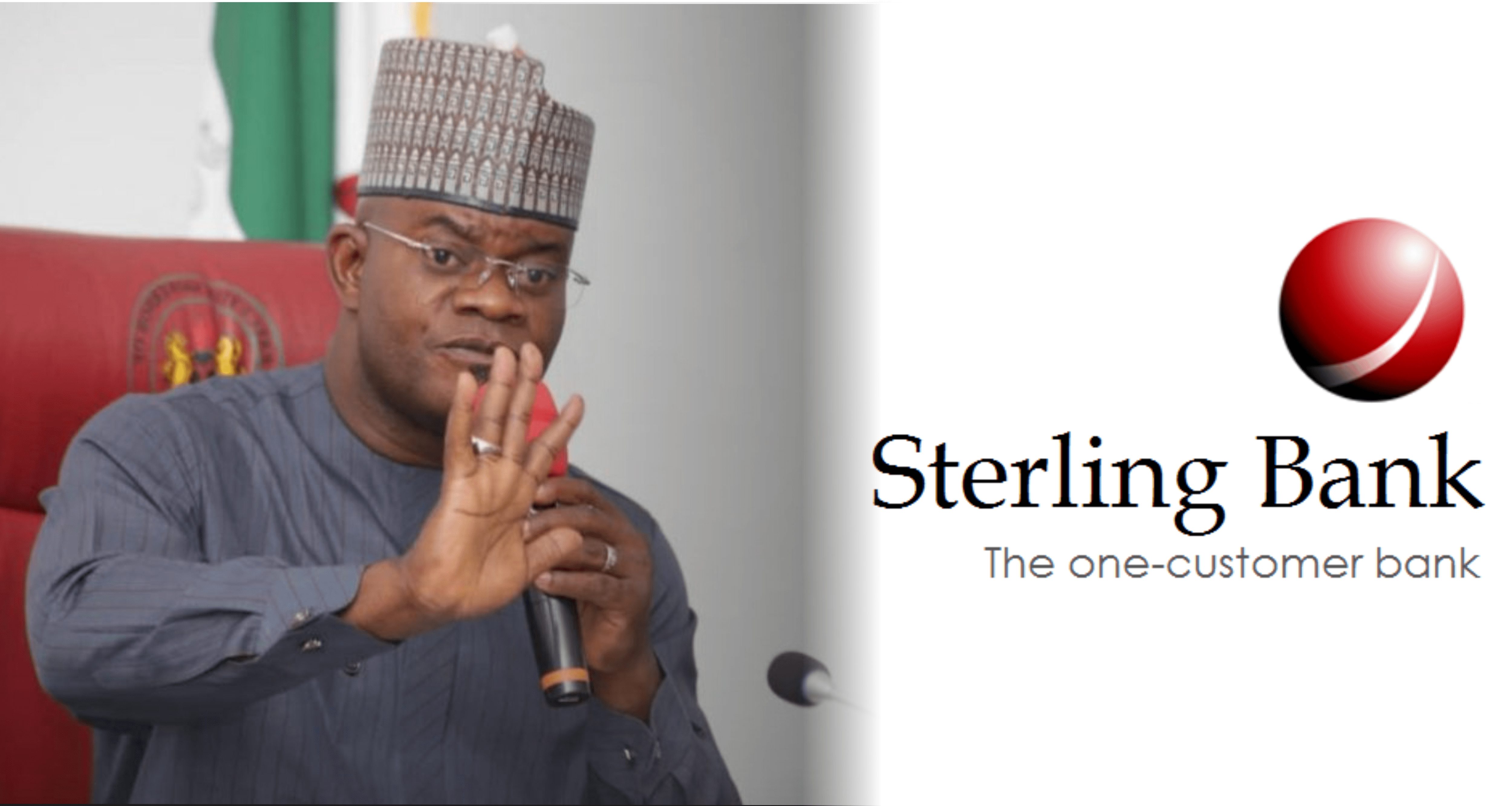 Governor Yahaya Bello’s government has accused Sterling Bank of opening a fixed deposit account on behalf of the Kogi government without its knowledge amid the EFCC probe of financial fraud.

Commissioner For Finance, Budget and Economic Planning Idris Asiru specifically alleged that the bank opened the controversial fixed deposit account in the name of the state government without its knowledge or directive.

Mr Asiru disclosed this when he, alongside the Accountant General, Jibril Momoh and Auditor General, Yakubu Okala, appeared before the state’s parliament on Tuesday in Lokoja. Fielding questions from the legislators, Mr Asiru added that the so-called mirror account was returned to the CBN as a liability account.

“No fixed account was ever opened or authorised by anyone, neither was there any N20 billion kept anywhere. The facility in that sum collected from the bank via the approval of CBN in 2019 has since been used for the purpose intended. Salary payment and other overheads. Kogi is paying N89 million on a monthly basis to settle the bailout loan,” he insisted. ”As a state, we are known for transparency, accountability and efficiency in funds management as it has become a culture under Governor Yahaya Bello.”

The commissioner explained that the government was taken aback when it received the news that the bailout fund meant to offset arrears of workers’ salaries was domiciled in a fixed deposit account with the bank to yield interests.

He further revealed that when the government wrote to the bank to ascertain the true position of the fund, the Sterling responded that the government had no such account with its branch.

In their submissions, the accountant general and auditor general held that the bailout fund was judiciously utilised for the purpose it was meant.

The House had summoned the Kogi officials on October 28 regarding the N20 billion recently forfeited to the Central Bank of Nigeria (CBN) in agreement with the EFCC.

READ ALSO:On whether the Kogi government would sue Sterling Bank for damages and if the money returned to CBN belonged to the state, the finance commissioner said the questions would be answered after investigations are concluded.

The EFCC had withdrawn the suit seeking the forfeiture of N20 billion bailout funds granted to the Kogi government. On August 31, 2021, a vacation judge, Tijani Ringim, at Lagos High Court, had frozen the Kogi state account domiciled in Sterling Bank Plc, following an ex parte application brought by the EFCC.

The commission had alleged that the money meant to pay salary arrears was kept in an interest-yielding account with the state’s name as ‘Kogi State Salary Bailout Account’.

The EFCC, however, withdrew the suit following an application that the N19.3 billion would be returned to the CBN.

AnambraDecides: INEC chairman in Awka ahead of election, meets stakeholders