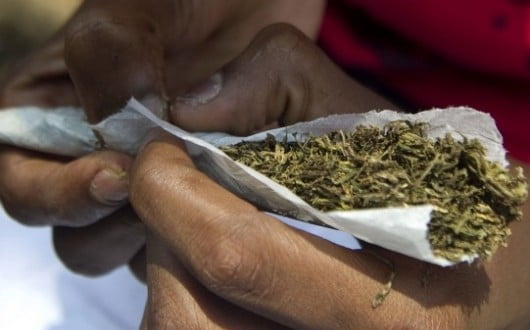 The Chairman of Chanchaga Local Government in Niger, Alhaji Aminu Ladan, has disowned a trending video clip of him encouraging some youths to use the council secretariat to smoke weed.

Ladan told operatives of the National Drug Law Enforcement Agency (NDLEA) on Thursday in Minna that the viral video was doctored by those who posted it on the Internet to tarnish his image and scuttle his political career.

Ladan was invited for questioning by the NDLEA over the matter.

“As a leader I will never make such a derogatory and inciting statement that will destroy the society rather than build it.

“The video clip on social media was doctored by my political rivals to achieve their selfish interest of destroying my political career,” he said.

He appealed to the people of the state, especially residents of Chanchaga local government area to remain calm and ignore the video.

The Chairman challenged members of the public to watch the full video clip to ascertain the truth.

Dr Mohammed Malami, Commander Zone “C” of the NDLEA,  said that the trending video clip was embarrassing and an attempt to sabotage the work of the anti-narcotic agency.

“The video was disturbing, being that we are approaching the general elections.

“Also the Niger Command of the agency was commended twice recently by the Headquarters for ensuring drug demand reduction,” he said.

Malami appreciated the local government chairman for honouring the Agency’s invitation to explain the content of the video.

Earlier, Mr Haruna Kwetishe, the state NDLEA Commander, said that the command was extremely worried about the video clip encouraging young people to use the local government secretariat as a joint to smoke hemp.

“When we saw the video it gave us concern and we invited the local government chairman for clarification.

“He has debunked the statement, saying that the video clip was doctored by some persons for their political interest.

“Therefore, his debunking of the allegation has settled our minds,” he said.

Kwetishe said that after reviewing the whole content of the video clip, it was clear that someone doctored it to achieve a particular purpose.

“We want members of the public to be careful with some of the video content on the social media.

“Some people may edit a video to indict someone, living the person with the burden of dispelling the rumour,” he said.

He assured the people that the agency would continue to work towards eradicating illicit drugs in the state.

“I regret attempting to kidnap him my boss,” – Commissioner’s aide

Naira redesign: Mixed reactions as prices of grains, others fall in...

Dangote Industries Ltd. (DIL) has signed an agreement with...

The Minister of Finance, Budget and National Planning, Mrs...