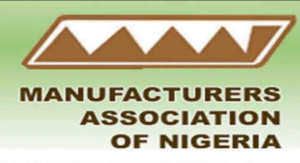 The Manufacturers Association of Nigeria (MAN) has described the decision to increase the Monetary Policy Rate (MPR) from 13 per cent to 14, as a journey further away from the preferred single-digit interest rate regime.

MAN Director-General, Mr Segun Ajayi-Kadir, in a report on Friday in Lagos, said the development was not manufacturing friendly, considering the myriad of binding constraints already limiting the performance of the sector.

The News Agency of Nigeria (NAN) reports that the Monetary Policy Committee (MPC) of the Central Bank of Nigeria (CBN) reviewed the MPR upwards by one per cent in response to Nigeria’s economic realities.

The MPC, however, retained the asymmetric corridor of +100/-700 basis points around the MPR; Cash Reserve Ratio (CRR) at 27 per cent and Liquidity Ratio at 30 per cent.

Ajayi-Kadir expressed hope that the stringent conditions for accessing available development funding windows with the CBN would be relaxed to improve the flow of long-term loans to the manufacturing sector at single digit interest rate.

The MAN DG urged the MPC, in future adjustments of MPR, to take into consideration the trend of core inflation rather than basing decision on headline and food inflation.

This, he said, would shield the sector from the backlashes from the 14 per cent MPR, ramp up production and guarantee sustained growth in the overall best interest of the economy.

“This is another level of increase in interest rates on loanable funds, which will no doubt upscale the intensity of the crowding out effect on the private sector businesses as firms have lesser access to funds in the credit market.

“MAN strongly believe that high inflation is a major indication of macroeconomic inadequacies and failure to take steps to address the contributory factors will further limit economic growth and increase the rate of unemployment in the country.

“The MPC must in future adjustments of MPR, take into consideration the trend of core inflation rather than basing decision on headline and food inflation,” he said.

Addressing the June inflation figure of 18.6 per cent, Ajayi-Kadir said the rate which had assumed an upward swing, signalled worsening economic times ahead.

According to the National Bureau of Statistics (NBS), factors responsible for the surge in headline inflation include increase in prices of gas, liquid fuel, solid fuel, garments, road transport, cleaning, repair and hire of clothing.

Ajayi-Kadir said that a cursory look at the report revealed that the 18.6 per cent rate portended a gradual journey towards the 18.72 per cent peak inflation rate recorded in January 2017.

He said that this worrisome acceleration should be halted, given the fact that socio-political and economic activities that triggered spike in inflation were imminent.

“Fuel scarcity, Naira depreciation and continuous growth in broad money supply in addition to the familiar triggers of inflation spiked the June rate in Nigeria.

“Most notably, the price of diesel has spiked by about 230 per cent in the last one year.

“In the midst of rising oil prices, the fiscal authority strategically reduced payment from the Federation Account Allocation Committee (FAAC) in May by about 9.51 per cent, representing N62.4 billion reduction, which ideally to some extent should have reduced inflationary pressure.

“However, the CBN expansionary policy stance, which influenced the growth in broad money supply by 25.51 per cent in the last twelve months, fueled inflation,” he said.

Ajayi-Kadir charged government to deploy a bouquet of supply-driven policies back with more structural measures to combat the peculiar inflationary pressures from insecurity, energy and transport cost to avert the trickle down effects of high inflation.

He said that government should further reduce the reliance of the country on imported products and raw materials by encouraging local sourcing through a comprehensive and integrated incentivised system.

MAN DG added that all foreign exchange related challenges confronting the productive sector should be intentionally resolved by making a detour from the CBN’s foreign exchange regime that greatly contradicted one of the goals of the National Development Plan.

“There must be sustained efforts at improving infrastructure developments and accelerate the process of ensuring sustainable local refining of petroleum products by reactivating those currently quiescent, support the coming on stream of Dangote refinery and issue licences for new refineries.

“The oil and gas industry must be strategically positioned to benefit maximally from future interruptions in global supply that triggers increase in price of crude oil,” he said.