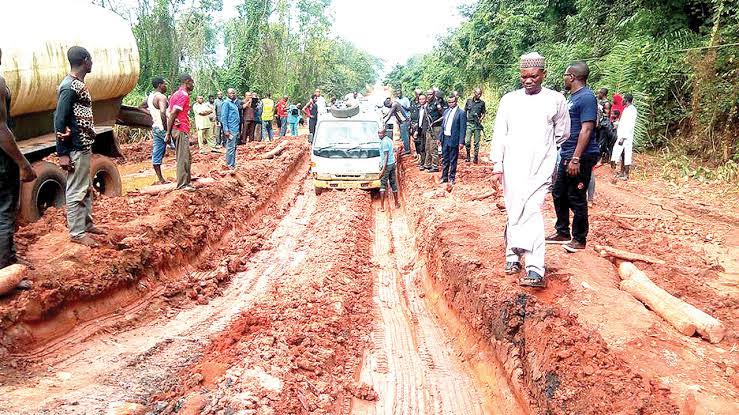 Scores of traders at the popular Uwelu International spare parts market in Benin on Monday shutdown the Ugbowo axis of Benin-Lagos expressway to protest the deplorable condition of the Uwelu road.

The traders shut their shops at the market to barricade the ever-busy highway, which caused gridlock on the only gateway into the ancient city.

The News Agency of Nigeria (NAN) reports that travellers, who had boarded buses from various transport companies, were also trapped in the traffic that lasted several hours.

Many commuters had to trek several kilometres to beat the roadblock before getting vehicles to their destinations.

One of the protesting traders, who identified himself simply as Chinedu, said that the deplorable condition of the road had badly affected their businesses, as customers could no longer access the market.

Government officials, he said had continued to collect revenue from them, without any effort to address the deplorable situation.

“The most annoying part of it is that while we cannot do business in the market, government agents come to the market everyday to collect revenue,” he said.

One of the affected commuter, Sarah Simas, told NAN she had trekked to Uselu market from 5-Junction, a distance of about six kilometres, as a result of the gridlock.

The protesters vowed to sustain the protest until relevant government agencies address their plight.