European countries have had to pay for gas deliveries in roubles since April on the orders of President Vladimir Putin. 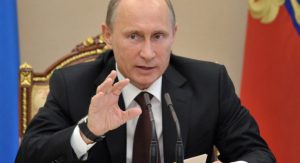 Moscow is considering repaying its foreign debts denominated in dollars and euros to holders of government bonds only if they open an account at a Russian state bank.

The move is similar to a scheme it set up for buyers of its natural gas.

European countries have had to pay for gas deliveries in roubles since April on the orders of President Vladimir Putin.

To do so, they must open an account with the Russian state-owned Gazprombank and deposit euros there.

Gazprombank then settled the sum in roubles and paid it to Gazprom.

“Foreign currency is transferred to us and here it is exchanged for roubles on instruction and cleared that way,’’ Russian Finance Minister Anton Siluanov explained in the daily Vedomosti on Monday.

According to Siluanov’s plan, the principle is to be reversed in the case of government bonds.

Russia will pay roubles to the bank, which converts them into euros or dollars, and the bondholders then receive foreign currency.

To do this, however, they would have to have an account at the bank themselves.

This is necessary because the U.S. instructed the western correspondent banks previously responsible for disbursement to block Russian payments following the country’s attacks on Ukraine.

This can lead to Moscow being unable to pay its debts and being declared bankrupt.