More hardship ahead as debts, inflation, unemployment continue to rise 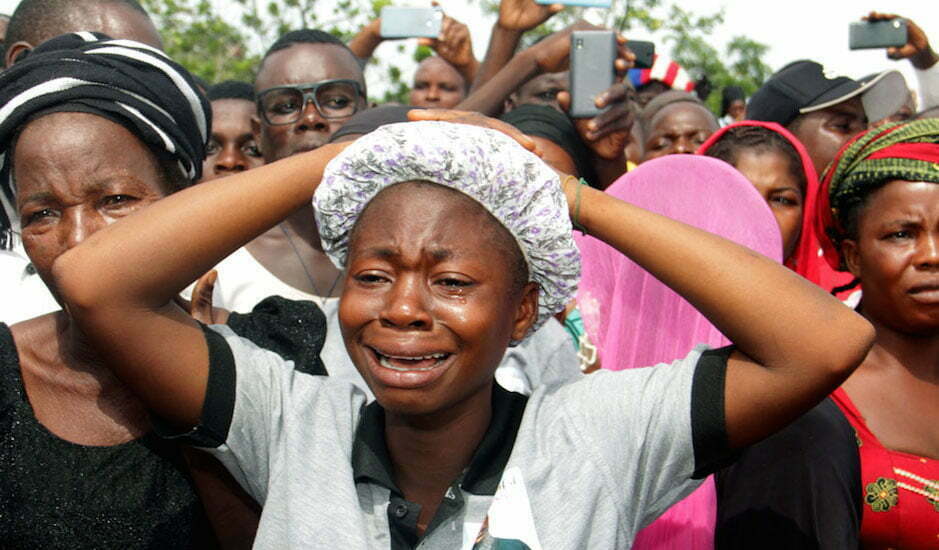 The Guardian reports that after four weeks that the economy exited recession and Nigerians looked forward to a rebound going into the second quarter of the year, it was an anti-climax yesterday, with the latest economic indices, which showed citizens will face tougher times as the fast-rising debt, inflation and employment figures galloped, raising fears of a more challenging future.

At a glance, Nigeria’s economic outlook looks red: Inflation gallops to 17.33 per cent, the highest level since March 2017; foreign trade deficit sunk to N7.37 trillion, lowest since 2016; unemployment rose to 33.3 per cent, third highest in the world; and external reserves falling to its lowest in 10 months at $34.74 billion with a decline of $632.9 million.

The headline inflation has stoked multiple socio-economic crises, the highest in four years, year-on-year (YoY) in February. Inflation had not reached this rate since February 2017 when it was 17.78 per cent.

Beyond the statistics, the inflation pattern and distribution is worrisome, economists have said, pointing at the food inflation, which jumped to 21.79 per cent in the data released by the National Bureau of Statistics (NBS) yesterday.

For the second time back-to-back, YoY food inflation has outgrown the rate at any other period since 2009. In January, food inflation was 20.57 per cent. The next worse month was September 2017 when the inflation rate was 20.32 per cent, a situation many economists, including Prof. Ken Ife, a consultant to the Economic Community of West African States (ECOWAS) and the World Bank, said does not bode well for efforts to close income inequality.

Also, the differential between urban and rural inflation rates (17.92 per cent as against 16.77 per cent for rural areas) has continued to widen. Ife traced the broadening disparity to internal movement logistics failure. “It means food produced in the villages is finding it difficult to get to cities. In some cases, the cost of transportation is also very high,” he said.

There is also concern that food prices have hit the roof when the harvest season is barely over. Harvest of major food items starts around November and continues till March. Analysts said the high cost of food in February indicated a more scary future and that the next few months marking planting season may be scarier than expected.

The rising prices of food items have been linked to the rising insecurity manifesting in banditry and kidnapping in northern parts of the country. Last year, food inflation was worse in the north, which is considered the food basket of the country.

The Chairman, Technical Committee on Nigerian Yam Export and ex-President of the Institute of Chartered Economics of Nigeria (ICEN), Prof. Simon Irtwange, told The Guardian that there is widespread fear among farmers in the north as they are killed daily by bandits.

Experts also attribute the challenge to the increase in cross-border movement of Nigerian foods, especially Francophone countries who have found the market very attractive. As the exchange rate of the naira against the CFA franc plummets, it becomes increasingly cheaper for the former French colonies to import from Nigeria.

CFA franc, which was about a quarter of the value of Nigerian currency a few years ago, currently trades for 70 kobo. Prof. Ife said the consistent depreciation of the naira has made it “very cheap for the neighbouring countries to mop up food hitherto produced for the local market.”

There have been reports that trucks of food items are moved to Cameroon, Niger, Chad and other neighbouring countries daily, creating artificial scarcity in Nigeria. Unfortunately, Nigeria cannot tax the exports as it is mostly unprocessed, or restrain the flow. Both actions would undermine the ECOWAS protocols.

With the energy cost set to be reviewed upward to reflect the bullish international crude prices, Dr. Chuwuike Uba, an economist, said the inflation rate is not going to ease anytime soon, urging Nigerians “to brace for a higher rate.”

Also speaking, a professor of economics at the Olabisi Onabanjo University, Sheriffdeen Tella, said the increasing fuel price, unaffordable cost of production and heightened banditry would worsen the inflation figures, adding that it was unfortunate that there is no form of intervention from the government to stem the unfortunate trend.

The inflation data were released almost simultaneously with the unemployment data of the fourth quarter of 2020, which showed that the number of unemployed people has increased to 33.3 per cent, from 27.1 per cent reported in Q2 2020 when the survey was previously done.

But beneath the rising unemployment, the pattern of the labour market and the demographic spread of the data, economists said, speak of impending disaster. According to the data, unemployment was worst among youth between 24 and 35 years where 7.5 million or 37 per cent of the number of the group in the labour market were jobless. Zakka Bala, an energy economist and public analyst, said this would continue to breed social ills.

Yet, the number of persons in the labour force (that is, people between ages 15 -64 who are able and willing to work) declined by 13.22 per cent in the space of six months, closing at 69.7 million. There are many reasons people exit the labour market but many said it is most likely more Nigerians have become despondent.

Just as NBS updated Nigerians on the state of inflation and unemployment, the Debt Management Office (DMO) said the country’s total public debt stock had moved up by about 0.7 trillion in three months to settle at N32.9 trillion as of the end of 2020.

The Guardian had reported that the country’s public debt would increase by N10 trillion when the conversion by the Federal Government’s overdraft with the Central bank of Nigeria (CBN) is completed. DMO revealed that the amount would be converted to a 30-year debt instrument.

MEANWHILE, food and agricultural specialists have expressed worry over the country’s inability to rev up food production, which has resulted in inflation index to rise by 21.79 per cent in February compared to 20.57 per cent in January 2021. “This rise in the food index was caused by increases in prices of bread and cereals, potatoes, yam and other tubers, meat, food products, fruits, vegetable, fish and oils and fats,” the NBS stated.

The situation looks grim as Boko Haram-induced Nigerian refugees in Chad, Cameroon and Niger, as of February 28, 2021, stood at 305,760, as indicated by the United Nations High Commission for Refugees (UNHCR). The National Emergency Management Agency’s (NEMA) estimate of internally displaced Nigerians is 2,923,995, as updated on February 28, 2021.

These are apart from displaced people who migrate city-wards in search of protection, greener pastures and opportunities for better means of livelihood, hence depleting the manpower available for farm operations in the labour-intensive systems of agriculture across the northern zone.

Experts, while speaking with The Guardian on factors fueling the rise, unanimously attributed the food price crisis to a high level of insecurity, manifesting in the forms of insurgency, kidnapping and herder-farmer crisis. Other factors, they said, include climate change, poor farm infrastructure, exchange rate challenges and lack of political willpower to make agriculture work.

President of the All Farmers’ Association of Nigeria (AFAN), Ibrahim Kabir, said prices of food items would continue to rise unless there could be a wand. The wand that could tame the food inflation, he said, includes improved security of farmers and food-producing communities across the country, mobilisation of displaced farmers back to farm and aggressive input support to farmers as the farming season approaches.

He added that reopening of porous land borders without adequate preparation for controlling smuggling had constituted a disincentive to farmers, and mobilising such a demoralized force for farm operations in the rainy season with uncertainty over their investments would be difficult.

President of the Catfish and Allied Fish Farmers Association of Nigeria (CAFFAN), Dr Momoh Mustapha, identified the COVID-19 pandemic, climate change and excessive cost of farm inputs as factors driving food inflation, and such challenges should be resolved meticulously. The cost of feed ingredients in fish and poultry sectors, for example, had skyrocketed and farmers had been closing operations.

“Farmers are not stocking anymore. It costs N6,150 to buy a 25kg bag of poultry feeds now. It was about N3,000 when things were normal. This affects poultry and fish farmers. I foresee dangers very soon,” he warned.

He explained that usually, February marks the end of a farming cycle and serves as an interregnum for new season of farming, when most of the food crops are often depleted, either for direct consumption or for industrial use.

February 2021, he argued, was compounded following the previous disruptions caused by the COVID-19 pandemic, harsh climate change, insecurity, #EndSARS protest and artificial scarcity during food blockade from the north.

However, Ijewere expressed optimism that if support was given to small-holder and commercial farmers, and if the climate was favourable, more food could be produced soon.

REACTING, the Peoples Democratic Party (PDP) has said the NBS report on escalated unemployment rate in the country is a direct confirmation that the much-orchestrated claims of massive job creation by the Buhari presidency and the All Progressives Congress (APC) are mere statistical hoax being used to deceive Nigerians.

The PDP said the report by the NBS that no fewer than 21.7 million able-bodied Nigerians have lost their jobs and means of livelihood while more have become underemployed under the APC “misrule” further showed the despairing and despondent situation into which the APC and its administration has sunk the nation.

The PDP, in a statement by its national publicity secretary, Kola Ologbondiyan, noted that the “rise in unemployment confirmed that there is no hope in sight under the Buhari presidency and the APC.”