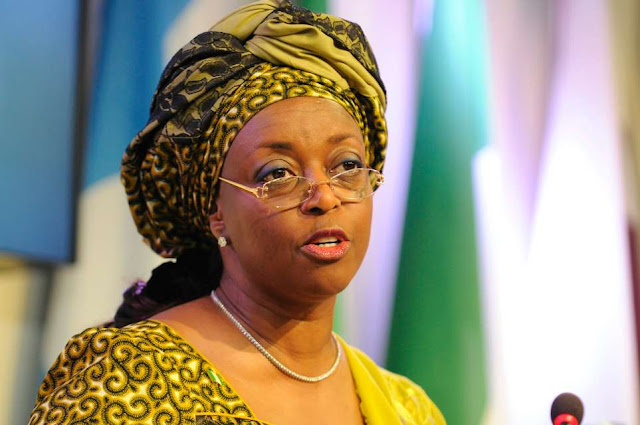 Former Nigerian oil minister, Diezani Alison-Madueke temporarily forfeited $153.3 million to the Nigerian government today.This was sequel to an order by a Federal High Court in Lagos.

The seized money, according to the Economic and Financial Crimes Commission was stolen from the Nigerian National Petroleum Corporation and stashed in three banks in Nigeria, in US dollars and Naira.

NAN reports that,Justice Muslim Hassan, who gave the order, gave Sterling Bank and any other interested party 14 days to appear before him to prove the legitimacy of the monies, failing which the funds would be permanently forfeited to the Federal Government of Nigeria,

Justice Hassan granted the order and adjourned till January 24, 2016 for the respondents to appear in court to show cause why the funds should not be permanently forfeited to the Federal Government of Nigeria.