Wabba said four states out of the 36 have yet to commence or implement the National Minimum Wage since 2019 when the Federal Government began implementation of the wage in the country. 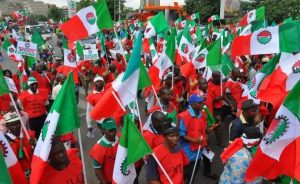 The Nigeria Labour Congress (NLC) has appealed to the Federal Government to compel state governors owing the National Minimum Wage to implement without further delay.

The NLC President, Mr Ayuba Wabba, made the appeal at the ongoing 110 Session of the International Labour Conference in Geneva, Switzerland, on Saturday.

Wabba was giving an update on issues that affected Nigerian workers to the ILO Committee on Experts, on the Application of Conventions and Recommendations.

The News Agency of Nigeria (NAN) reports that once a country has ratified an ILO Convention, it is required to report regularly on the measures it has taken for its implementation.

Wabba said four states out of the 36 have yet to commence or implement the National Minimum Wage since 2019 when the Federal Government began implementation of the wage in the country.

According to him, the minimum wage is a law and a convention which the Nigeria government has ratified.

“In 2019, the minimum wage was enacted, but as I speak, four states have not implemented it and they are Taraba, Zamfara, Cross River and Abia.

“They have not commenced the implementation of the minimum wage and this is an infraction on the law.

“So, under the convention, Nigerian government has the obligation to compel those states to implement this very important convention because we have ratified it ,’’ he said.

Wabba said under the ILO constitutional requirements, Nigeria as a country must report progress so far made on the important convention, as a result of the Committee of Experts.

“Nigerian government needs to call them to order and ask them to implement the National Minimum Wage for workers in those states,’’ he said.