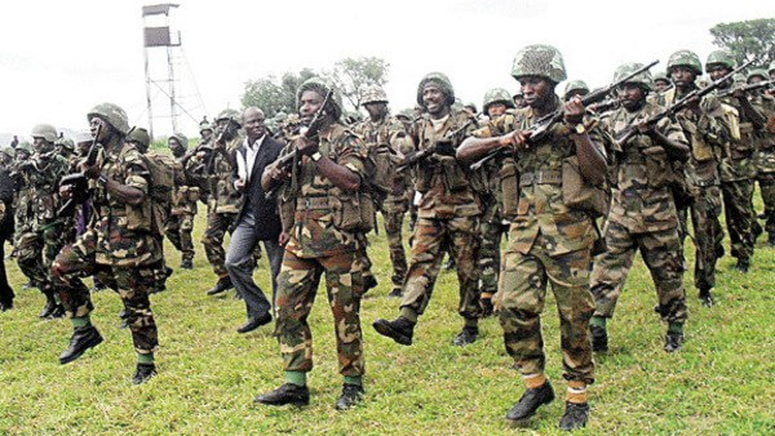 The Defence Headquarters has dismissed allegations that some military personnel and security agencies are involved in oil theft and illegal oil bunkering in the Niger Delta region.

Reacting to questions by newsmen during the bi-weekly news conference on the operations of the military on Thursday, the Director Defence Information, Maj.-Gen. Jimmy Akpor said the allegations were unfounded.

Akpor said the major stakeholders in the oil and gas industry had understanding on the workings of the industry, saying it was unfair to drag the military into the activities of the criminals.

He said the armed forces and other security agencies had continued to do their best to safeguard the nation’s economic assets in the region.

While giving update on military operations in the last two weeks, The Director, Defence Media Operations, Maj.-Gen. Musa Danmadami, said that N1.2 billion was denied oil thieves by the military within the period.

He said that the troops of Operation Delta Safe in conjunction with the Department of State Service had continued to conduct kinetic operations to deny criminal elements freedom of action.

Danmadami said that the intervention was essential to sustaining conducive environment for economic activities to thrive in the zone.

According to him, the Nigerian Navy Ship SOROH on patrol at Forupa area of Bayelsa, arrested a suspected sea robber known as Dibo, who has been on wanted list.

“The suspect and his gang have been terrorising and robbing passenger boats along Southern Ijaw and its environs.

“Similarly, troops raided a suspected criminal hide out at Iriebe village in Oyigbo Local Government Area of Rivers and arrested 20 suspects with large quantities of substance suspected to be cannabis sativa.

“All recovered items were handed over to the relevant authority for further action,” he said.

In the South East zone, Danmadami said the military and other security agencies had sustained the momentum in the fight against the illegal activities of the proscribed Indigenous People of Biafra (IPOB) and other criminals within the zone.

He said the troops had on Aug. 29, encountered IPOB/ESN criminals at Idemiri in Ihiala Local Government Area of Anambra and eliminated two of them while others fled with gun shot wounds.

He added that police operatives also raided IPOB/ESN camp at Izombe in Oguta Local Government Area of Imo, killing five of the criminals and recovered cache of arms and large quantity of hard drugs.

In the South West Zone, the spokesman said the troops of 81 Division, on Aug. 26, foiled an attempt to smuggle 792 parcels of illicit drugs suspected to be cannabis sativa into the country.

The consignment worth about N10 million, was intercepted by the troops at a checkpoint along Ilaro-Benin Republic border.

“All recovered items were handed over to the Nigerian Custom Service in Abeokuta, Ogun State,” he said.