Milestones of achievements of Buhari Administration at 7

The seven years milestone, according to the President’s spokesman, Mr Femi Adesina, presents a major landmark and opportunity to review the service of the president to the country, and its people. 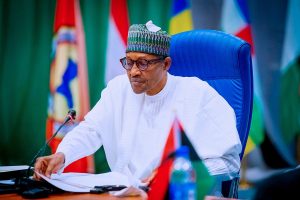 The Presidency has again, reeled out 28-page of President Muhammadu Buhari’s strides in Oil and gas reforms, Digital economy, Mines and steel development, Agriculture, Education, Health, Creative Industry, Sports and infrastructural development; roads, bridges, rail, air and sea ports, housing, and many others.
The News Agency of Nigeria (NAN) reports that the president’s scorecard is coming ahead of the seven year anniversary of the Buhari-led administration on May 29, 2022.
President Buhari had in May 29, 2015, took the oath of office as President, promising to serve Nigeria faithfully in all spheres of national life.
The seven years milestone, according to the President’s spokesman, Mr Femi Adesina, presents a major landmark and opportunity to review the service of the president to the country, and its people.
Adesina noted that the Buhari administration has so far delivered in its promises to Nigerians although revisionists would want to look at security challenges, which are being robustly tackled by the government.
A one-stop shop of the achievements of the Buhari administration at seven indicated that a lot has been done, and a lot more will still be done in the 12 months ahead.
Nigeria, under Buhari’s watch, has continued to witness the biggest and most ambitious federal infrastructure programme since Nigeria’s Independence.

On legislative reform of the Buhari administration, Nigeria has seen the most ambitious legislative programme in its history.

Several landmark Bills have been passed or amended in the last seven years, including the following:

It provides a comprehensive legal and Institutional Framework for the prevention and prohibition of money laundering in Nigeria, while also conferring on the Economic and Financial Crimes Commission, the legal status of the Special Control Unit Against Money Laundering.

– Proceeds of Crime (Recovery and Management) Bill, 2022, which makes comprehensive provisions for the seizure, confiscation, forfeiture, and management of properties derived from unlawful activity.

– Mutual Assistance in Criminal Matters Bill, an Executive Bill, signed into law in 2019.

The Bill facilitates the identification, tracing, freezing, restraining, recovery, forfeiture and confiscation of proceeds, property, and other instrumentalities of crime, as well as the prosecution of offenders in criminal cases regardless of where in the world they might be.

– Act establishing the Police Trust Fund, which will significantly improve funding for the Nigeria Police Force (2019).

– Nigeria Police Act, 2020 – the first comprehensive reform of Police legislation since the Police Act of 1943.

– Repeal and Re-Enactment of the Companies & Allied Matters Act (CAMA), 2020 – the first comprehensive reform since 1990.

– Not Too Young to Run Bill (2018) – a Constitution Amendment Bill, to reduce the age of eligibility for running for elective office in Nigeria.

– Suppression of Piracy and other Maritime Offences Bill, 2019 – the first anti-piracy legislation in West Africa.

– The Discrimination Against Persons with Disabilities (Prohibition) Act, 2018

President Buhari has pioneered the use of Executive Orders by any government in Nigeria; the Buhari Administration has, since 2017, issued a number of landmark Executive Orders:

– Presidential Executive Order on Submission of Annual Budgetary Estimates by all Statutory and non-Statutory Agencies, including Incorporated Companies wholly owned by the Federal Government of Nigeria (2017)

– Presidential Executive Order on Planning and Execution of Projects, Promotion of Nigerian Content in Contracts, Science, Engineering and Technology (2018)

On sports and youth development, the Buhari administration through the Federal Ministry of Youth and Sports Development (FMYSD) developed a draft National Sports Industry Policy (NSIP), in liaison with the Nigeria Economic Summit Group (NESG).

A completed draft of the Sports Industry Policy is now with the Ministry of Justice for Vetting.

The Federal Government, through FMYSD, initiated and launched the Adopt Campaign to improve athletes’ training regime as well as sporting facilities and infrastructure.

The Long-overdue renovation of stadiums, including the Lagos and Abuja National Stadiums, and the Daura Township Stadium, kicked off in 2020, under the Adopt-a-Pitch initiative of the Federal Ministry of Youth and Sports Development, and ahead of concessioning for private management. Abuja revamp work completed, while Lagos is nearing completion.

The Adopt-An-Athlete Initiative, flagged off in Dec. 2019, was designed to allow individuals, corporate bodies, and governments “adopt” Nigerian athletes, and provide funding for their training and preparation for the Olympics. 45 Athletes were adopted ahead of the Tokyo 2020 Olympics.

The launch of the National Para-Sports Festival, whose inaugural edition held in April 2022, featuring more than 3,000 athletes and officials from 32 States of the country.

The Festival was established in line with President Buhari’s commitment to the welfare and empowerment of Persons Living With Disabilities.

The ministry also inaugurated an Athletes’ Welfare Scheme (AWS) that pays a monthly stipend to the families of deceased sporting icons like Rashidi Yekini, Sam Okwaraji, Ali Jeje and Sunday Bada; and an Athletes’ Relief Fund (ARF) during the Covid-19 Lockdowns.

It also revived the Principals’ Cup in 2021, as a national event (with multiple Sports – Athletics, Table Tennis and football across the country), after 25 years of inactivity.

On youth and creative industry support, 250,000 young Nigerians have so far benefited from the training and empowerment opportunities offered by the DEEL initiative of the ministry.

The president approved the establishment of the N75 billion National Youth Investment Fund (NYIF), overseen by the Federal Ministry of Youth and Sports Development (FMYSD), in 2020, to provide business loans ranging from N250,000 to N3million to young Nigerians.

More than 6,000 youths benefited from the first set of disbursements in 2020; the next set of beneficiaries, numbering about 25,000, have been selected and are expected to receive payments in 2022.

The president also approved increase in National Youth Service Corps (NYSC) monthly allowance in Jan. 2020, from N19,800 to N33,000 and the commencement of enrolment of members into National Health Insurance Scheme (NHIS), from Feb. 2022.

In 2017, the Federal Government added Creative Industries to the list of qualifying sectors for ‘Pioneer Status’ Incentives – which grants relief from Corporate Income Tax for a specified period of time.

Presidential Approval for the handover of the National Theatre, Lagos, to the Central Bank of Nigeria and the Bankers Committee, for redevelopment into a world-class Creative Park serving the theatre, film, fashion, music, and ICT sectors was also granted by the president.

”The handover has been done, and redevelopment work (valued at around $100 million) has since kicked off, and will be completed in 2022.

”The re-developed National Theatre will host the 1st Global Conference on Cultural Tourism & Creative Industry, which will hold in Lagos from 14-17 November, 2022.”

On government developmental programmes in Niger Delta, the president approved the establishment of the Nigerian Maritime University in Okerenkoko, Delta.

The University was granted approval in Jan. 2018 by the National Universities Commission (NUC) to commence undergraduate degree programmes effective 2017/18 session, and commenced academic activities on April 12, 2018.

The Buhari administration approved the resumption of work on the 337km East-West Road project, originally awarded in 2006.

The Federal Government also set aside $170million seed funding for Ogoni Clean-Up, in an Escrow Account established for that purpose.

The Buhari administration also introduced various reforms in the economy to check fraudulent practices and corruption in the system.

On Aug. 7, 2015, President Buhari issued a directive to all Ministries, Departments and Agencies (MDAs) to close their accounts with Deposit Money Banks (DMBs) and transfer their balances to the Central Bank of Nigeria on or before Sept. 15, 2015.

The TSA system was launched in 2012, but failed to gain traction until President Buhari’s executive order in August 2015.

The TSA system has now been implemented in more than 90 percent of all Federal MDAs.

The Buhari Administration, despite opposition, has expanded IPPIS coverage to the Armed Forces, as well as Federal Universities and other academic institutions.

Also, the Federal Government has given priority to the deployment of the Bank Verification Number (BVN) for payroll and pension audits.

The use of BVN to verify payroll entries on the Integrated Personnel Payroll Information System (IPPIS) platform has so far led to the detection of more than 50,000 fraudulent payroll entries.

The Federal Government has also ensured the deployment of BVN system to serve as the verification basis for payments to beneficiaries and vendors in the Anchor Borrowers Programme (ABP), the N-Power Scheme and the Homegrown School Feeding Programme (HGSFP).