She decried the effects of stigmatisation challenges, which she attributed to have contributed immensely to poor recognition, neglect and lack of attention given mental health in the society. 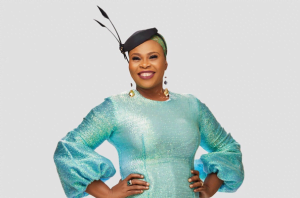 A Consultant Neuro-psychiatrist, Dr Maymunah Kadiri, has recommended massive education and awareness campaigns on mental health to curb the stigmatisation associated with mental health conditions in the Nigeria.

Kadiri, also the Medical Director of Pinnacle Medical Services, gave the advice in an interview with the News Agency of Nigeria (NAN) on Sunday in Lagos.

She decried the effects of stigmatisation challenges, which she attributed to have contributed immensely to poor recognition, neglect and lack of attention given mental health in the society.

According to her, stigma is a key barrier to access and utilisation of mental health services, particularly in low and middle-income countries like Nigeria.

She said in spite of the advances made in understanding depression and other mental illnesses, persons with  these conditions were still stigmatised.

She said that stigma against mental illness could lead to feelings of shame and self-consciousness.

She added that it could also negatively impact help-seeking as well as early detection, prevention and treatment.

She said, ”Standing up against mental health stigma is the first way to eliminate it.

”Educational anti-stigma interventions with the goal of correcting misinformation or contradicting negative attitudes and beliefs held by most people in the society will also be a way of eliminating mental health stigma.

”Psycho-education on presenting mental health in a more presentable ways that will allow the people in the society to see it as a normal illness that only affects some part of the brain and can be reversed when detected earlier.”

According to her, educational campaigns that provide information about the biogenesis of mental illness which will highlight the genetic components of schizophrenia and other mental illnesses have sometimes had unintended and stigmatising consequences, therefore, it should be stopped.

Kadiri emphasised the need for the Federal Government to sign the ‘Mental Health Bill’ into law, as it would go a long way to put the management/perception of mental illness in the right direction.

She suggested that strong laws should be made against anyone that stigmatise individual suffering from mental illness.

”It is important to create a platform whereby we give a voice to those who are suffering in silence to talk freely about their recovering journey.

”By so doing, it will allow the public to know that people can recover from it and it can be properly managed just like other physical sicknesses such as hypertension, diabetes, or cancer,” she said.