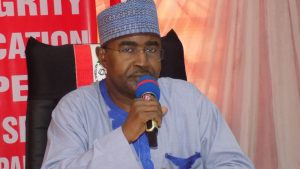 Marwa told a delegation of the Adamawa Council of the NUJ which visited him on Monday in Yola that it was pertinent for parents to establish the drug use status of their children’s spouses.

He stressed that intending spouses and even politicians should go through drug screening and those found wanting should go into rehabilitation.

Marwa noted that 80 per cent of drugs users needed counselling which they could get at 26 outposts of the NDLEA, adding that government had approved six additional rehabilitation centres.

“We must all rise against drug abuse. This year alone, we have sent about 984 drugs criminals to jail,’’ he said.

Marwa also solicited for continued partnership with the media for more awareness and sensitisation on the fight against drug abuse.

Earlier, Chairman of the NUJ Council, Ishaka Dedan, appreciated Marwa’s contributions to the fight against drug abuse, stating that a lot of success had been achieved.