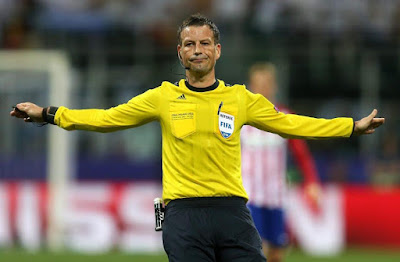 Mark, who has been a celebrated referee since 2004 called an end to his premier league career on Thursday and according to former referees’ chief Keith Hackett, the 41-year-old joined the Saudi Arabian league due to a lack of support from PGMOL (Professional Game Match Officials Limited) during an incident with Juan Mata in 2012 where he allegedly called Juan Mata a “Spanish t**t” in 2012 and John Obi Mikel a “monkey”. 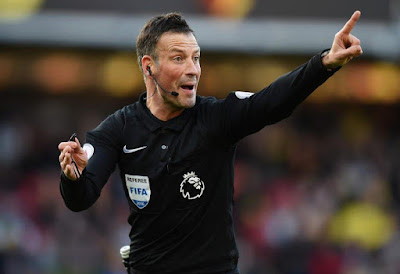 “It’s bad news for English reffing. The Premier League has lost the world’s best ref – it’s a massive blow,” Hackett told the Daily Star.
“He’s 41 and had nine more years ahead of him – but he’s not the first young ref to leave.
“Howard Webb and Mark Halsey both quit early and you have to ask, ‘what is going on?’
“I think it’s down to poor management. There were incidents when the PGMOL haven’t supported or clarified decisions when they’ve needed to.
“Mark felt after the Mata incident no one supported him. He was left high and dry.
“I was doing lot of talking to him at the time and it’s how you manage people and how you manage personalities.
“That’s a part of the skillset that’s lacking at the moment.
“The problem is he’s gone and the Premier League are without the best around.
“And I feel he’s gone because no-one ever comes out from the PMGOL and clarifies a decision. There’s time when refs need a phone call, they need an arm round the shoulder but it isn’t happening.
“It’s not about the money. He’s got an opportunity to secure his future, yes, and they’ve not tried to stop him going.
“Where’s the Premier League, where’s the PGMOL and where’s The FA? Why haven’t they tried to keep him?”
The Professional Game Match Officials Limited reacting to Clattenburg’s decision, said in a statement: “The PGMOL would like to wish Mark Clattenburg well as he prepares for his move to the Saudi Arabian Football Federation.
“Since joining the PGMO Select Group in 2004, Mark developed into one of our top officials, refereeing at the highest level and setting standards for others to follow.
“Mark is a talented referee, he has been a great asset to the English game and hopefully an inspiration to those who want to get into refereeing at the grass roots of the game.
“We understand this is an exciting opportunity for Mark as well as further underlining what high esteem English match officials are held throughout the world game.”
0
Share FacebookTwitterWhatsAppLinkedinGoogle+Email

Pray for Nigeria instead of criticising FG on insecurity, poverty, PFN President…

Combined team of military, police, hunters march through Maiduguri in show of…