He quoted Dr Ogbonnaya Onu, science and technology minister, to have said that the nation would start production of pencil by 2018. 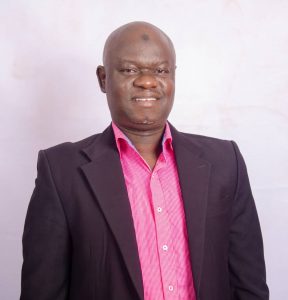 Ibrahim, a pencil manufacturer, made the appeal in an interview with the News Agency of Nigeria (NAN) on Monday in Lagos, said that the harsh economic environment had been affecting the company.

According to him, prior to 2015, there was no pencil manufacturing company in Nigeria.

He quoted Dr Ogbonnaya Onu, science and technology minister, to have said that the nation would start production of pencil by 2018.

He said that such projection was conceived to have a meaningful impact on the economy and create at least 400,000 jobs.

Consequently, Ibrahim said that with zeal, doggedness and determination, his company was incorporated by the Corporate Affairs Commission (CAC), Abuja in 2016 to carry on the manufacturing of pencils and allied products.

“We use old newspapers for the production of our pencils to preserve the ecosystem and also in conformity with one of the Sustainable Development Goals (SDGs).

“Our pencils are green with better quality products that are comparable to international standard,” he said.

Describing the business environment as harsh and frustrating, Ibrahim said that the firm had visited 10 states, gone to several ministries, parastatals and agencies without patronage.

“There is no form of encouragement, except that Dr Ogbonnaya Onu who gave us letters to UBEC, Ministries of Education and Ministry of Humanitarian Affairs but they all turned us down,” he added.

On challenges facing the manufacturing of pencils, the founder listed lack of power supply, patronage and high cost of diesel, non implementation of the local content, high foreign exchange among others.

“There is need for urgent intervention fund at single digit interest rate by the Central Bank of Nigeria (CBN).

“The Ministry of Industry, Trade and Investment wrote a letter to CBN to avail the pencil manufacturers with intervention fund at single digit interest rate but unfortunately, the letter has not seen the light of the day.

“This should be done as it was done for power, agriculture and other sectors in the economy. The CBN should please do the needful in this regard.

“There should be policy on pencil without further delay by the federal government as it was done for cement, agriculture among others,” Ibrahim said.

He said that the Universal Basic Education Commission (UBEC), henceforth, should also key into consumables such as pencils, while the Ministries of Education and other agencies that buy pencils should patronise local pencil manufacturers.

“The government should implement the local content to the later. Diesel should be subsidised for the manufacturers.

“There is need to increase tariff on imported pencils without further delay, so that we can look inward as done in China, Indian, just to mention but a few,” he added.

According to him, there is need for round-table discussion with the pencil manufacturers.

He said that grants and other technical aides should be availed to the pencil Manufacturers without further delay.

“The National Productivity Centre and other relevant agencies should be up and doing. An Agency should be monitoring the compliance of the Local Content.

“The Ministry of Investment, Trade and Investment should work with the pencil manufacturers with speed,” he said.

Ibrahim also called for zero tariff on imported machines, adding that the government should encourage manufacturers to export to bring in foreign exchange into the country.

He said that the business could create huge employment opportunities and transfer technology to the country for maximum economic benefits.

Ibrahim noted that such benefits could be achieved if necessary actions were taken to protect the industry.