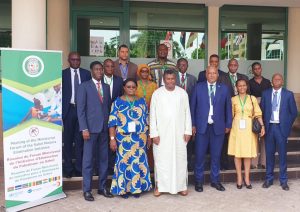 Dr Matshidiso Moeti, WHO, Regional Director for Africa, disclosed at the Ministerial Forum on the Sahel Malaria Elimination Initiative on Thursday in Accra.

The News Agency of Nigeria(NAN) reports that the meeting with theme “Strengthening the Sahel Malaria Elimination Initiative: Stock-Taking After Three Years”, afforded the eight-member nations’ representatives the platform to discuss current interventions, opportunities in integrated malaria management and the implementation of the national-level strategic plan.

“Evidence of stalled progress precedes the pandemic,” she stressed.

Moeti said limited access to health services, declined use of insecticide-treated nets from 56 per cent to 49 per cent since 2017, and the threat of insecticide resistance were compounding the challenge.

“The consequence is a possible rise in severe malaria cases and deaths,” she added.

She called for intersectoral collaboration and strong leadership on health as they were critical in sustaining the fight against malaria.

“We need to establish sub-regional networks of public health research institutions to assist us in supporting countries in translational local research and implementation.

“Many such partnerships exist but are fragmented across disease programmes. We should aim to leverage these resources and focus on a more integrated, locally- tailored people-centered response,” she added.

The Minister of Health and Social Protection, Dr Arlindo Nascimento do Rosário, in his keynote address appreciated the technical and financial support provided by the West African Health Organisation (WAHO) and WHO AFRO to fight malaria.

He indicated that over 27 million cases and thousands of malaria-related deaths were averted in 2021.

He also noted that the RTS, malaria vaccine has been administered in Ghana, Kenya, and Malawi, with about one million children vaccinated in these pilot countries.

He, however, stressed that about 30 per cent of the population in the Sahel are still affected by malaria hence the need for domestic fund mobilisation in a sustainable manner to effectively fight the disease.

The African Leaders Malaria Alliance (ALMA) Special Ambassador, Anthony Okara said ALMA is keen to see the ultimate goal of malaria elimination realised here in the Sahel region and around the world.

He said with the determination of the leadership of ALMA and commitment from its donors and development partners, the course of malaria across the Sahel region can be changed.

NAN reports that health ministers from eight Sahel countries launched the Sahel Malaria Elimination Initiative to accelerate the region’s efforts to eliminate malaria — a disease that puts 90 million Sahelians at risk each year.

The ministers from Burkina Faso, Cabo Verde, Chad, Mali, Mauritania, Niger, Senegal, and The Gambia established a new regional platform to combine efforts on scaling up and sustaining universal coverage of antimalarials and mobilizing financing for elimination.

They also pledged to fast-track the introduction of innovative technologies to combat malaria and develop a sub-regional scorecard that will track progress towards the goal of eliminating malaria by 2030.

With close to 20 million annual malaria cases, the Sahel region has seen both achievements and setbacks in the fight against the disease in recent years.

Burkina Faso and Niger continue to be among the countries with high malaria burdens, whereas Senegal and The Gambia have made steady progress in reducing malaria cases and deaths. The island nation of Cabo Verde, which also joins the initiative, is on track to eliminate the disease by 2020.