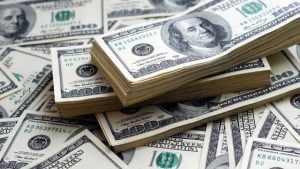 LoftyInc Capital Management, an African-focused venture capital firm, has announced closure of the third edition of its “Afropreneurs Fund (LAF3)”.

According to a statement by Ayodeji Bello, Founding Partner of LoftyInc, the 10 million dollars fund, which was launched in 2021 was oversubscribed by 14 per cent, closing at 14 million dollars.

According to him, the companies that LAF3 invests in are experiencing rapid growth with the backing of strong local and regional support networks.

“Earlier this year, we closed our third fund, the LAF3, which was 40 per cent oversubscribed, to continue our goal of seeding African tech giants.

“The close was significant in that it brought together an array of investors backing founders of Africa descent building companies that make difference globally, ” he said.

He said that the LAF3 had already invested in 52 companies across the continent, covering fintech, e-commerce, media, logistics and healthcare sectors.

“The fund is pan-African, with a particular focus on the hyper-growth tech echo systems in Nigeria and Egypt.”