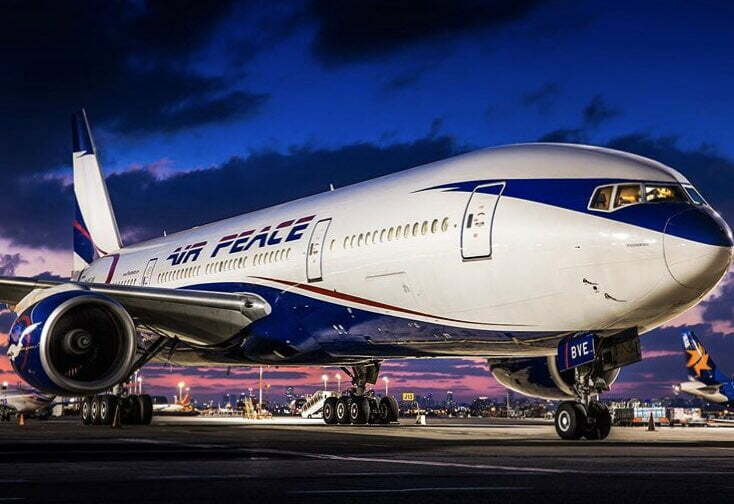 The Guardian reports that local airlines have apologised for multiple delays and cancellations in the air transport service, attributing the discomfort to bad weather that has cost carriers about 60 percent loss in their operations.

The operators, under the aegis of Airline Operators of Nigeria (AON), yesterday, empathised with the travelling public, though assured of efforts to manage the dire situation.

They said this at the reception of Air Peace airline’s fourth brand new Embraer 195-E2 jet, at the Nnamdi Azikiwe International Airport, Abuja.

Vice-Chairman of the AON, Allen Onyema, flanked by other members of the association, said the airlines didn’t take their customers for granted, as every delay is a huge operational and economic loss to the operator.

“No airline delays or cancels flights deliberately. The situation we are having now is partly due to the COVID-19 disruption and also the current rainy season. I have 21 aircraft lying down because Maintenance Repair and Overhaul (MRO) facilities are shut due to coronavirus.

“Weather is also hitting us very badly. As an airline, safety is very key and cannot be compromised. Every delay is a loss in revenue and disruption of the entire network. No one likes it. But this is the season of rain and thunderstorms, which affects airlines’ operations by about 60 per cent,” he said.

Onyema, however, said that the addition of another new aircraft would boost capacity and bring comfort to passengers.

The mid-range equipment is the fourth of 13 expected from Embraer in Brazil, with another 17 aircraft likely to follow the firm’s order.

Onyema, who is also the Chairman of Air Peace, said the addition was a milestone for the local sector. He said though the venture is huge, nothing compares with new aircraft in terms of economic, comfort and safety benefits.

Director General of NCAA, Capt. Musa Nuhu, also described the arrival of the brand new aircraft as a milestone and a paradigm shift for the industry.

Nuhu commended Air Peace chairman not just for investing in a new aircraft, but picking the right type for the market.

“The Embraer aircraft is the right aircraft; it breaks even with low passenger figures. Your maintenance and operational costs are low.

“Another factor is that the new aircraft is absolutely great for the environment; it does less noise and less pollution. I am really proud that I am DG when this paradigm shift is happening. We are all here to work together to grow the industry and we have to give kudos to the entrepreneur. Without such people, all this will not be possible. We need entrepreneurs like Onyema,” Nuhu said.

About eight of the 13 are expected to arrive this year, after which Air Peace will place additional firm order for 10 in 2022, bringing the total to 23 new aircraft from Embraer.

President/ CEO, Commercial Business Aviation, Embraer, Arjan Meija, earlier said the E195-E2 would help Air Peace to achieve its ambition of connecting not just all of Nigeria, but the whole of the African continent while feeding long-haul flights from the Lagos hub.

“Air Peace is also the first airline to configure a premium cabin with our staggered seat option. Each of the 12 Business Class seats is slightly offset from the other to give more space and privacy. There are three rows of seats arranged two-by-two at 51-inch pitch on the 124 seater aircraft. Passengers by the windows have unobstructed access to the aisle; they don’t need to awkwardly step over their seatmates or ask them to move.”