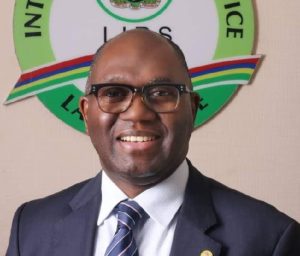 The Lagos Internal Revenue Service (LIRS) through Deloitte, a leading professional firm, on Friday unveiled its whistle-blowing tip off channels to drive transparency, accountability and general public inclusivity in the affairs of the state.

The News Agency of Nigeria (NAN) reports that whistle-blowing is the act of drawing public attention, or the attention of an authority figure, to perceived wrongdoing and unethical activity within public, private or third sector organisations.

Mr Ayodele Subair, the Executive Chairman, LIRS, at the launch of the “Deloitte Tip-Off Anonymous for LIRS” on Friday in Lagos, said the LIRS was chosen for the pilot phase due to its multi-faceted interface with the general public.

The launch, Subair said, asides from seeking to enlighten and sensitise the tax-paying public on the initiative was hinged on the commitment of the agency and the government to ensuring high ethical standards in all its business processes.

He said the LIRS, with the state ministry of finance, having an oversight function, subscribed to the Deloitte Anonymous and Confidental Whistle-Blowing Facility.

Subair said that the facility would promote an enabling climate for employees and other relevant stakeholders to report wrongdoings, illegal actions or financial crimes noticed and or observed in the LIRS administrative and operational activities.

This, he said, would be done without fear of backlash as it would assist in evaluating and improving existing system and assess key practices necessary to create an effective speak-up culture.

Subair said Deloitte’s engagement as independent assessor was to ensure an objective and unbiased review of issues raised.

“This whistleblowing facllity would involve the reporting of acts of commission or omission that border on unethical conduct of employees, management, and other stakeholders by an employee or other interested person(s) through designated channels to appropriate authorities.

“The aim of this policy is to encourage employees and other stakeholders who have serious concerns about any aspect of the agency’s operations to come forward and voice those concerns.

“The facility is designed to ensure that concerns about wrongdoing or malpractice within the agency can be raised by any stakeholder without fear of victimisation, subsequent discrimination, disadvantage of dismissal.

“This facility does not only provide the avenue to report, but ensures credibility of reports through investigation, feedback to the whistle-blower and ensures protection for such whistle-blower from possible reprisals or victimisation for all disclosures made in good faith,” he said.

Subair added that all concerns would be treated in confidence with efforts toward concealing the identity of the whistle-blower with anonymous reports considered for seriousness, credibility and possibility of confirmation from other sources.

He, however, said anonymity would make it much more difficult to protect the position of the whistle-blower or to give feedback.

“The whistle blowing framework is a two-way affair aiming to expose LIRS staff involved with misconduct, employees of business entities who want to report employers who circumvent tax laws.

“It also helps members of the public who want to raise an alarm on persons or entities who wilfully commit financial crimes leading to revenue loss for the state.

“It is noteworthy to mention that all reports must be made in good faith as allegations made frivolously, maliciously or for personal gain would attract appropriate sanctions.

“We are hopeful that all our stakeholders will join us on this journey of purposeful engagements toward achievement of high standards of ethical conduct in the public service space inclusive of dealings with and within LIRS,” he said.

Dr Rabiu Olowo, Lagos Commissioner for Finance, said the state government through the ministry approved the facility to provide channel of reporting by stakeholders, employees and the general public.

Olowo noted that research showed that every minute, in the workplace, wrongdoing was observed daily but people were left with very few choices, leading to the decision to remain silent, concluding that nothing could be done.

He said the initiative would remind people of their civic responsibility to report wrongdoing in workplace or in doing business with the government.

He added that the scheme would create a culture of accountability, raising the awareness of stakeholders on the responsibility of speaking up to foster a sound and effective corporate governance system.

“Without reporting it, there is nothing we can do, so launching this initiative today presents a channel that can be trusted and the least we can do is to discharge them of any reprisal.

“The LIRS was chosen for the pilot scheme because it represents a framework cuts across and interacts with almost all Ministries, Departments and Agencies.

“LIRS has over the years increased the state revenue with its present monthly average at N42 billion and reporting any misdemeanor that is not in line with the ethics of the government can shore up revenue,” he said.

“Citizens’ improved participation through channels like this would stimulate trust and lead to all round growth and development,” he said.

Mr Beulah Adeoye, Partner, Deloitte, said the initiative was a whistle-blowing facility that affords callers the opportunity to raise concerns regarding wrongdoing, fraud or unethical behaviour within the workplace and report it to an independent party.

He stated that key notes in making a report taking precautions, no malicious calls, provision of all available information.

“However, a report is not an evidence.