He said that proper funding of the agencies would enable them deliver on their mandates. 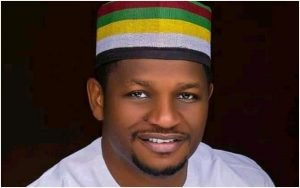 A member of the House of Representatives, Dachung Bagos (PDP-Plateau) has called for improved funding of anti-corruption agencies in the country.

Bagos, who represents Jos South/Jos East Federal Constituency made the call during an interaction with newsmen on Monday in Jos.

He said that proper funding of the agencies would enable them deliver on their mandates.

Bagos, who is also the Deputy Chairman, House Committee on Anti-corruption, decried what he described as poor budgetary allocation for the agencies which was affecting their efficiency.

“From what I have seen, I can categorically say that the anti-corruption agencies are ever ready to nip the monster in the bud but there is poor support from the government.

“The budgets of these agencies are too poor and they cannot operate effectively when they are under-funded.

“This is why these agencies appear to lack the capacity to do what is expected of them,” he said.

He called on the government to be deliberate in addressing the fundamental causes of corruption in the nation.

“We cannot fight corruption through presumption we need a proper, effective, workable and practical system in place that will instantly dictate any act of corruption.

”Lack of this approach has made our anti-graft agencies to rely solely on petitions and sometimes tips to go after some of these enemies of the land.

“Government on its part must have the political will and be deliberate in its quest to kick corruption out of the society and not going after mere perceived political enemies,” he said.

The lawmaker also seized the opportunity to thank members of his party, the PDP for re-electing him as their candidate for the National Assembly election.

He promised that he would do more for the people of the constituency if re-elected.

54 lawyers drag NASS, others to court over judges’ poor salaries