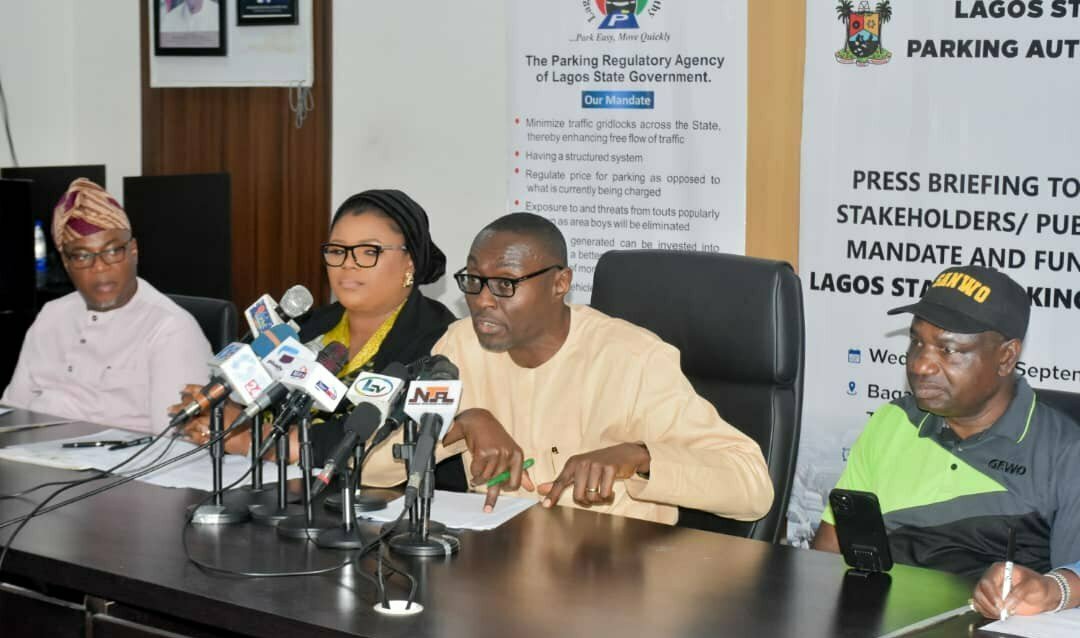 The Lagos State Government on Wednesday said the collection of parking levy by its parking agency was empowered by law.

The Commissioner for Transportation, Dr Frederick Oladeinde, disclosed this in Ikeja at a news conference to sensitise stakeholders and the public on the mandates and activities of the Lagos State Parking Authority (LASPA).

Oladeinde said that a post was recently circulated on the social media in which LASPA issued a letter signed by its General Manager, levying a Lekki-based company N290,000 for the parking lot outside its premises.

He said that as it was usually the case, especially in a political season, political jobbers and people with limited knowledge on the constitutional mandate of LASPA had tried fruitlessly to exaggerate the issue by playing to the gallery.

According to him, contrary to the erroneous claims of certain individuals and groups, LASPA has the power by law to collect parking levy.

He said that LASPA was created to find lasting solutions to the issues of indiscriminate and illegal parking across the state, adding that this would aid prompt reduction of traffic gridlock experienced by everyone.

The commissioner said that the agency was established, among other things, to promote parking policies, tailored to suit the peculiarity of the state, in line with modern international standards and aimed at achieving a smart city.

He said that LASPA was also empowered to remove all impediments arising from indiscriminate parking on carriageways, thereby increasing the carriageway capacity on the roads, improving the flow of traffic and reducing travel time.

Oladeinde said that the first mandate of the authority was to improve the parking culture, of which its establishment had also enabled employment opportunities for the youths and in doing so, it is expected that revenue generation would come naturally.

According to him, LASPA has the mandate to charge fees on private commercial parks, non-commercial parks and other parking lots on any facility provided by the authority.

“Let me emphasise that most private commercial parks charge Lagosians between N500 to N1,000 parking dues per hour and each person parking at these respective parks can have four stop-overs, which sum up to N2,000 or N4,000 daily.

“LASPA levy of N80,000 divided by the number of days in a year result to N219 only, against the above charges of commercial park owners. The difference is clear as the government is quite considerate and responsive in making the environment conducive for all.

“It is important to restate that being a government that respects the constitution as the sole source of its engagement with the public, the state government will never resort to any unconstitutional means in its dealing with the people,” he said.

He called on residents to cooperate with the agency and other similar stakeholders in carrying out “its laudable mandate”, urging interested and concerned members of the public to visit the agency’s office for necessary information and assistance.

The Commissioner for Information and Strategy, Mr Gbenga Omotoso, said that the claims that the government would levy people for parking in their private residences was false.

“It is not true, it is an attempt to malign the government by mischievous people. We are not surprise to see things like this because we are in the season of politics.

The General Manager, LASPA, Mrs Adebisi Adelabu, said that the state government was moving to the level where every developer and builder must accommodate park provisions in their building plans before construction.

Adelabu said that the agency has been discussing with religious organisations and businesses on the need to establish parks for their worshippers and customers.

She said that the need to reorder indiscriminate collection of levies for parking was important, so as to channel the funds into infrastructure to solve existing problems.