The commissioner said this was their past service benefits prior to the starting  of the Contributory Pension Scheme (CPS) in 2007. 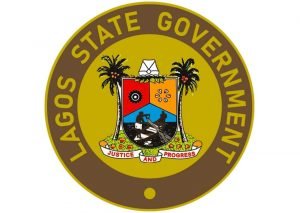 The Lagos State Government (LASG) on Wednesday said that it had  paid nothing less than N38billion as accrued pension rights to 9,865 retirees from May 2019 till date .

The Commissioner for Establishments, Training and Pensions, Mrs Ajibola Ponnle,  said this at the presentation of bond certificates to the 92nd batch of retirees from the state ‘s Public Service by the Lagos State Pension Commission  (LASPEC) in Lagos .

Ponnle, represented by Mrs Bandele Fadipe, the Permanent Secretary  in the Civil Service Pensions Office said that the retirees were from the Mainstream, Local Government, State Universal Basic Board (SUBEB), Teaching Service Commission (TESCOM) and other Parastatals of the state’s public service.

She said the state, in adherence to its responsibility, had also credited the  Retirement Savings Accounts (RSAs) of 515 retirees, alongside their monthly contributions with the sum of N1.520 billion for the month of March .

The commissioner said this was their past service benefits prior to the starting  of the Contributory Pension Scheme (CPS) in 2007.

” The state government recognises the plights of our estimable workers who had served in its public service and the need to safeguard their financial security after service.

” This administration has continually prioritised the prompt payment of the government’s pension obligations within the available limited resources.

” Despite huge liabilities, we have promptly paid the pension entitlements of retirees under the Pay As You Go Pension Scheme monthly while LASPEC ensures payment of accrued pension rights to retirees under the CPS , so our retirees can access their RSAs without delay, ” she said.

The  commissioner assured them  that the welfare and wellbeing of the retirees were top-priority of the Gov. Babajide Sanwo-Olu-led administration and that the state government would not relent in its pursuit to improve  retirement life.

” I wish you the best and advise you to embrace the joy and challenges of this new phase of life , ” Ponnle said.

In his address,  Mr Babalola Obilana , the Director -General of  LASPEC, said that the efforts of the present administration under Gov. Sanwo-Olu toward the success of the CPS could not be overemphasised.

Obilana noted that the state had consistently been  implementing the CPS since its inception in line with the provisions of the Lagos State Pension Reform Law of 19th March, 2007,  now amended.

”The state government in a bid to secure the future  of the public  service which is its greatest asset, has consistently prioritised pension contributions in the annual state budget and we are happy to note that Lagos State is fully compliant with the statutory requirements of the CPS.

”Both employees and employer’s contributions are remitted promptly into individual employee’s RSAs after salaries must have been received.

”Despite rising recurrent expenditure and the current economic climate, the state government has made continuous monthly payments a priority to ensure retirees access their retirement benefits as soon as possible , ” he said.

According to him,  LASPEC also constantly reviews its business processes to ensure first class service delivery to the retirees and accomplish the governor’s goal of the immediate payment of pension entitlements upon retirement from the public service.

Obilana appreciated the continuous support of its stakeholders, the PFAs and ASPs for their relentless efforts toward the success of the CPS.

”Please, beware of any individual or association who claims to be affiliated with the state government and can process or fast track your pension entitlements for a fee , ” the director-general warned.

NANTS harps on advocacy as robust instrument for trade facilitation

REA identifies over 300 clusters for electrification