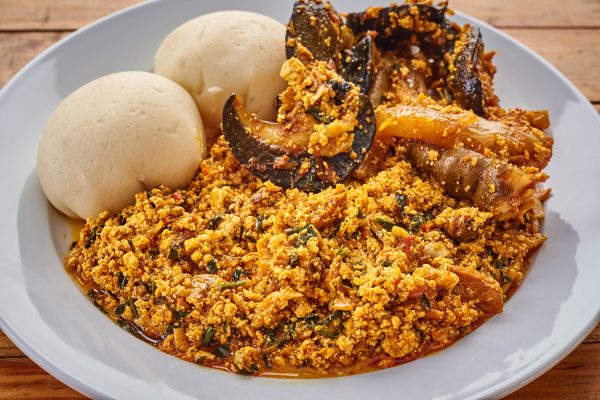 Gov. Babajide Sanwo-Olu of Lagos State says residents of the state consume about N4.5 billion worth of food daily just as he reiterated commitment to food security.

Sanwo-Olu said this at the opening ceremony of a two-day zonal sensitisation workshop with the theme:  “Implementation of Food Systems Transformation Pathways in Nigeria 2022,”  on Monday in Lagos.

The workshop was organised by the Federal Ministry of Finance, Budget and National Planning in collaboration with Lagos State Ministry of Agriculture and Lagos Ministry of Economic, Planning and Budget.

NAN reports that Lagos, Oyo, Ogun, Ondo, Osun and Ekiti are participating with a Lagos as coordinating state for Southwest goepolitical zone.

The governor represented by Mr Sam Egube, Commissioner for Economic, Planning and Budget, said that the state had decided to take the bull by the horn in guaranteeing food security for people with different agricultural and food value chain.

According to him, Lagos has a rich history of economic growth and transformation.

“Although it covers only 0.4 percent of Nigeria’s territorial land mass making it the smallest in the country.

“It accounts for over 60 percent of industrial and commercial activities. Lagos is a coastal state and has an extremely limited arable land space and home to about 21 million people.

“Its residents consume about N4.5 billion worth of food daily and 50 percent of beef produced in the country running into several billions in other trading activities with markets cutting across all the local government areas in the state,” he said.

He called for joint collaboration among Southwest goepolitical zone to implement the Food Systems Transformation Pathways 2022.

Sanwo-Olu added that improving the food systems would influence positive changes and as well address multiple challenges being experienced in the country.

He said that the state agric roadmap was a deliberate effort to develop the agricultural sector by way of interventions from the public and private sector, international technical and donor organisations.

“I am aware that the need for states across the six geopolitical zones to be adequately sensitised on the implementation of the National Food Systems Transformation Pathways is the basis for this workshop.

“It gives me great pleasure to note that Lagos State was selected to host the South West geopolitical sensitisation which I consider as an acknowledgement of the positive impacts our policies and efforts are making in the agricultural sector.

“As a state government, we will continue to provide infrastructure and incentives to support all private sector initiatives where required.

“History has shown that any society that is unable to provide food guarantee, its security is open to abuse and utmost danger,” he said.

The governor commended the efforts of the Federal Government on its unrelenting efforts to ensure that the food systems summit in conjunction with the United Nations is developed.

“I assure you that the Lagos State Government is fully committed to achieving a food secured Lagos and Nigeria through partnership with all national and sub-national entities as well as private sector and international technical and donor organisations.

He urged all participants at the workshop to show commitment by sharing ideas and opinions on the selected programmes slated to kick-start implementation.

Schmale who was represented by Mr Isiaka Ibrahim, UN Coordinator in Lagos, reiterated that the UN would continue to work with government and as well strengthen collaborations with all stakeholders in support of this transformational journey.

“Today marks another important step in the highly anticipated transformational change we have worked for in partnership.

“The zonal sensitisation workshop is designed to onboard all of us as we begin to bring synergy across states and regions.

“The momentum at which the Federal Government is accelerating the national food systems transformation pathways is highly commendable.

“Today, the government has identified three critical priority actions to be addressed at all levels to achieve food security and reduce malnutrition among the most vulnerable and at-risk populations in Nigeria.

“They are to achieve a sustainable food system that works for all;  to ensure the achievement of all SDGs in the next decade.

Mrs Olusola Idowu, the National Convener/Permanent Secretary, Federal Ministry of Finance, Budget and National Planning, said an implementation team made up of key stakeholders had been constituted to develop an implementation plan.

Idowu noted that the workshop provides an opportunity to present and discuss the identified priority actions selected for implementation from January 2022.

She added that it would help to define and assign roles and responsibilities for effective implementation of the priority actions.

Idowu noted that the workshop was being held in all the six geopolitical zones concurrently from July 4 to 8, focusing on three low hanging fruit programmes and 80 priority actions.

“Wherein, we do less talk and more action so that we can impact lives of Nigerians,” she said.

Olusanya said that effective food system had contributed to a variety of solutions to developmental challenges.

She said that there had been dialogues amongst all relevant stakeholders across the six geopolitical zones of the country since 2021 which gave birth to the National Pathways for Sustainable Food Systems.