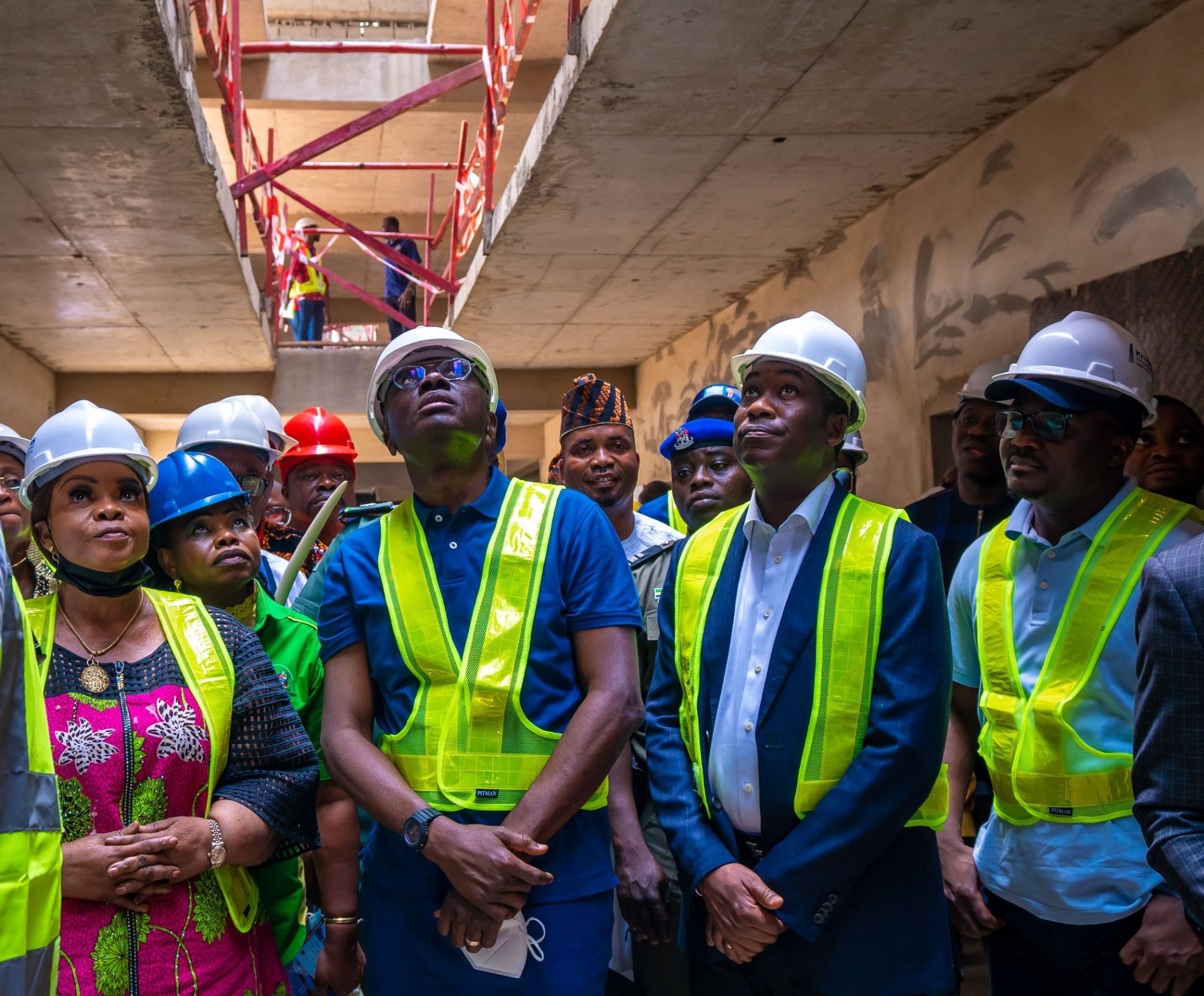 Gov. Babajide Sanwo-Olu of Lagos State on Thursday said work on the state’s Leather Hub has reached 65 per cent completion.

Sanwo-Olu said this while addressing newsmen at the inspection of the hub at Matori Industrial Area of the state.

He said  the contractor remained committed to the December deadline for the completion of the hub which he said,  would have about 42 lock-up shops, where finished leather goods would be traded.

The News Agency of Nigeria (NAN) recalls that the tannery project was conceived by the Sanwo-Olu administration in 2020 for the production of leather products, such as shoes, belts, bags and upholsteries.

The facility would also offer training opportunities for youths to learn skills in leather manufacturing and earn a living in the value chain.

”Our contractor has committed to the December deadline but we will give him one or two months grace, because we are expecting the equipment to be used for the leather production to start arriving from October.

”We should be able to complete this before the end of the first tenure of our government.

”The Economic value of this is that we can start and end the entire production process here in Lagos. Jobs will  be generated and businesses will be developed,” the governor said.

He said that raw leather exported to China and Europe were brought back to Nigeria in finished goods and they were more expensive.

According to him, the state government initiated the idea of a leather hub to break into the economic cycle and add values to raw leather materials produced locally.

”The hub will be a primary manufacturing source for retailers in the ecosystem. There is a large leather market in Mushin to take up the produce to consumers; traders will no longer be burdened to turn tanned skins to finished products,” he said.

The governor said the completion of the hub would translate to generation of direct and indirect jobs for Small and Medium Enterprises (SMEs) in the ecosystem.

He said  the Lagos Leather Hub when completed and production took off, would be able to train about 100 students in the leather works value chain.