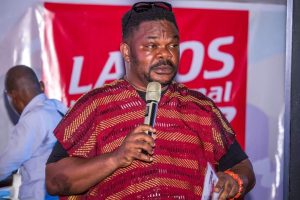 Mr Ayoola Sadare, organiser of the annual Lagos International Jazz Festival, says   italian artistes and some other foreign artistes will  be performing during the 2022 edition of the festival.
Sadare who had been organising the festival since 2005 disclosed this in an interview with the News Agency of Nigeria (NAN) in Lagos on Monday.
He said the festival had been slated to hold in December.
According to him, the festival which has only involved local artistes over the years will  involve their international counterparts as a way to rebrand and expand the festival to make it truly international.
He noted that discussions were still ongoing with the Netherlands and some other countries’ embassies in Nigeria and there had been positive responses so far.
He said  the platform needed more support from corporate organisations to ensure the festival attract more tourists across the globe.
” We have decided to repackage the festival and we have involved some embassies, they have decided to sponsor some of their musicians to be part of the festival to make it truly an international festival.
” Italian artistes will be part of this year’s festival.
” We are going into cultural exchanges with the foreign embassies through their music export office,” he said.
READ ALSO:https://brandpowerng.com/nemcea-honours-content-creators-at-maiden-exhibition-awards/
According to Sadare, the festival has not developed enough because Nigeria do not have a Jazz culture.
” In Nigeria, we do not have a Jazz culture, that is the reason the Lagos International Jazz festival has not developed as it should but we have the Fuji, Highlife and Afrobeats culture.
” There was a time I wanted to fuss the fuji, highlife and afrobeats,  I came up with Lagos International Jazz Afrobeats Fuji Festival in 2020, this was to give the festival some life.
” But we discovered that all these music genres can stand alone to give people the opportunity to visit Nigeria three  times for the Afrobeats festival, Jazz festival and Highlife festival,” he said.
Sadare noted that the festival would go a long way in boosting the nation’s economy.
(NAN)
Editor’s Picks  2022 Global Afrobeats Kulture Festival to be multi-city tour – Organiser