Oladehinde said that the unions were bodies that collaborated on sea and dry port terminal trucking activities across the country. 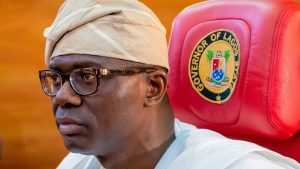 The Lagos State Government has urged unions in the transport sector to cooperate with the government as it is mutually beneficial in achieving its set goals.

The Commissioner for Transportation, Dr Frederic Oladeinde, gave the advice when the leadership of the Nigerian Association of Road Transport Owners (NARTO) and Maritime Workers Union of Nigeria (MWUN) paid him a courtesy visit in Lagos on Thursday.

Oladehinde said that the unions were bodies that collaborated on sea and dry port terminal trucking activities across the country.

He noted that the state government was not unaware of the challenges faced in the sector.

He said that Gov. Babajide Sanwo-Olu’s administration was fully committed in ensuring ease of doing business in the sector.

Allaying their worries, the commissioner said that the state government had been working with the Truck Transit Park (TTP) and the Nigerian Ports Authority (NPA) to ease all encumbrances affecting smooth running of the ports.

He said that relentless efforts were being made toward an improved E-Call Up system.

The Executive Secretary of NARTO, Mr Aloga Ogbogbo, expressed the displeasure of the union on the activities of miscreants at the ports.

He commended the Lagos State Government on the roles played in drastically reducing the spate of extortion at the ports.