” Gov. Babajide Sanwo-Olu has been a consistent high flyer in the pension industry with over N40.5 billion paid to 10,862 retirees. 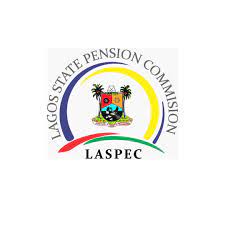 The Lagos State Government has paid N1.5 billion accrued pensions rights to 482 retirees for the month of May.
The Commissioner for Establishments, Training and Pensions, Mrs Ajibola Ponnle made this known at the 94th Retirement Bond Certificate presentation to retirees of the Lagos State Public Service on Monday in Lagos.
The News Agency of Nigeria (NAN) reports that the programme was organised by the Lagos State Pension Commission (LASPEC).
Ponnle, represented by the Permanent Secretary of the ministry, Dr Biodun Onayele, stated that Lagos State reiterated the state’s commitment to the payment of retirees’ benefits.
” Gov. Babajide Sanwo-Olu has been a consistent high flyer in the pension industry with over N40.5 billion paid to 10,862 retirees.
“The retirees are in the Mainstream, Local Government,  the State Universal Basic Board (SUBEB), Teaching Service Commission (TESCOM) and other parastatals of the state government from May 2019 till date.
“His vision is to have a dynamic, efficient and effective workforce to pilot the agenda of a ‘Greater Lagos.
” The safe retirement and welfare of our officers is a major priority in actualising this goal, ”she said.
The commissioner advised retirees to learn about the different options available for investing the funds in their retirement accounts.
Ponnle urged them to seek competent and reliable authorities on matters concerning pensions.
Don't miss
NEWS

“Do not hesitate to contact LASPEC or even the Ministry of Establishments, Training and Pensions for questions or clarifications regarding the modalities surrounding your retirement benefit matters,” she said.
In his welcome address, the Director -General, LASPEC, Mr Babalola Obilana appreciated the efforts of  Sanwo-Olu towards the success of the Contributory Pension Scheme (CPS) and welfare of pensioners.
READ ALSO:https://brandpowerng.com/investigate-alleged-monetisation-at-pdp-presidential-primary-election-ipac/
Obilana said that the governor had continuously prioritised funding of the Redemption Fund Accounts to ensure retirees access their retirement benefits as soon as possible.
” The goal of the present administration is that every worker, once disengaged from the public service, receives his or her pension benefit.
“The feat has greatly reassured public servants that the government has placed them as top priority on its agenda.
“Gov. Sanwo-Olu has been consistent in the payment of retiree’s accrued pension’s right against all odds,” he said.
Obilana charged retirees to stay away from scrupulous associations affiliating themselves with the state government to fast track their pension entitlement.
He noted that LASPEC was not affiliated with any association and would not ask for a fee.
(NAN)