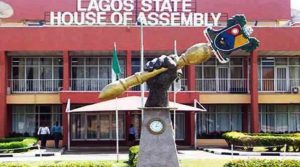 The Lagos State House of Assembly has adopted the recommendations of the Committee on Science and Technology on the Data Protection Bill before it.
The House adopted the recommendations sequel to the presentation of the report by the Chairman of the committee, Mr Lanre Afinni, during the plenary on Tuesday.
The News Agency of Nigeria (NAN) recalls that the title of the bill is “A Bill for a Law to promote the protection of personal information processed by Public and Private Bodies, Establish the Data Protection Commission and for connected purposes”.
Afinni said the proposed law was needed to regulate indiscriminate access to and use of data.
He said the bill would ensure privacy and protection of personal information of individuals which constantly breaches globally due to technology advancement in mobile telecommunication.
”The objectives of the bill are to regulate the collection, storage, processing and use of personal data relating to persons residing in the State by automated and non-automated means.
”The bill also seeks to ensure that personal data is processed in a transparent, fair and lawful manner, on the basis of an individual consent.
”In addition, others are the specified lawful basis and to regulate personal data processing by entities in the private and public sectors of the state,” he said.
Commenting, Mr Rotimi Olowo said that the penalty for offenders should be more severe than what was stated in the bill.
Olowo also argued that placing notice of presence of CCTV in private buildings should be modified.
READ ALSO:https://brandpowerng.com/ecowas-leaders-adopt-jonathans-recommendations-on-way-forward-in-mali/
Also contributing, the Majority Leader, Mr Sanai Agunbiade, said the bill was technical, adding that the technicality was noticed during the public hearing.
Commending the committee for a job well done, Mr Temitope Adewale said that lives and property would be protected when the bill becomes law.
In his contribution, Mr Richard Kasumu, noted that Science and Technology was a practical job, adding that the committee had done well.
Kasumu said the bill should be given a quick passage.
After several deliberations, the House adopted the recommendations of the committee.
This was adopted through a voice votes conducted by the Speaker, Mudashiru Obasa, as the resolution of the House subject to amendments in proposed areas.
(NAN)
Sign in
Welcome! Log into your account
Forgot your password? Get help
Password recovery
Recover your password
A password will be e-mailed to you.