She said that the gesture was in line with the company’s bid to celebrate high performers and support businesses. 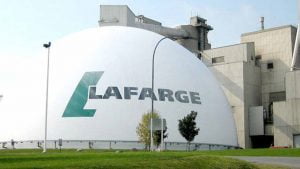 Lafarge Africa Plc., a major cement manufacturing company in Nigeria, has rewarded its trade partners across the country for  their excellent performances in Year 2021.

The company stated this in a statement signed by its Head, Corporate Communications, Mrs Ginikanwa Frank -Durugbor, on Wednesday in Lagos.

She said that the gesture was in line with the company’s bid to celebrate high performers and support businesses.

She quoted Mr Khaled El Dokani, Country CEO, Lafarge Africa Plc., to have  lauded the dealers for their immense contributions to the growth and success of the company in the previous year.

El Dokani was quoted to have said  that the company’s sales increased significantly as market demands remained strong.

She added that the CEO explained that 90 per cent of cement sold were utilised by individual home builders, with some growth in infrastructure projects.

He was quoted as saying that the star prize for the National Volume Championship was a 2022 Lexus LX570, while both the 1st and 2nd National Volume contest Runners-up, received a Toyota Land Cruiser each.

He added that the Regional Champions across the four regions of the country were presented with Hyundai Santa-Fe cars and other non-volume related awards were also presented.

“In addition to trade customers, the company’s key account customers were also rewarded for volume recognition and value adding in the category.

“This feat would not have been possible without the efforts of you valued men and women here seated.

“We will continue to support and stand with you in every way.

“We ask that you work together with us as committed partners while counting on your support to achieve our desire for customer alignment, market expansion and the synergy of our processes for the benefit of all our stakeholders,” the  spokesperson quoted the CEO as saying.

The spokesperson also quoted Mr Gbenga Onimowo, the Commercial Director, Lafarge Africa Plc., to have commended the distributors for the effective delivery of the company’s products to the end users.

“To further strengthen our commitment to always meet the demands of our esteemed partners, we have reinforced our distribution strategy for effective market coverage.

“We encourage you to strive even higher to meet the business goals of the company,” the spokesperson  stated  in the statement.

The first runner up, Elder Ubong Obot, Managing Director of Ubotex Nig. Ltd, lauded the company for the gesture, adding that he would continue to work towards the progress of the company, Frank -Durugbor said in the statement.

“I give kudos to Lafarge for appreciating our efforts once again this year and we are so grateful to them,” the  spokesperson quoted him as saying.

“I am very happy and excited to have won this award.
“Lafarge has always proven to be a worthy business partner and I want to specially commend them for this initiative,” Frank -Durugbor quoted him to have said.

It also quoted the organisation as having  unveiled a new WhatsApp messaging platform, ‘REAL’ which had been  offering  real-time customer complaint resolution and on-time support service to the customer through the chat interface.