Mutiu said: “We get our supply through NNPC and with the current situation, for about five months, now going to six months now, we have no supply from Ibadan Depot of NNPC. 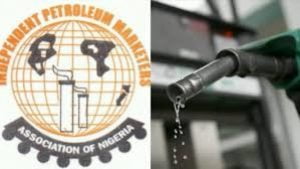 The Independent Marketers Association of Nigeria (IPMAN), Ibadan Depot, says the fuel scarcity being experienced in Ibadan and other towns in Oyo State, was caused by lack of supply to the state.

Its Chairman, Alhaji Bukola Mutiu, also told the News Agency of Nigeria (NAN) on Friday in Ibadan, that increase in the price of transporting petrol was responsible for the scarcity, leading to resurface of queues in the filling stations.

Mutiu said: “We get our supply through NNPC and with the current situation, for about five months, now going to six months now, we have no supply from Ibadan Depot of NNPC.

“So, we have been going extra miles to get supply from the private depots in Lagos or Warri.

“And, for about two to three weeks now, we have had short supply from the private depots also.

“So, last week, they started increasing the price of the product from the normal rate to abnormal rate.

“As at close of work on Thursday evening, we bought at a private depot without transportation cost at the rate of N158 per litre.

“If you now add transport cost and other costs such as logistics, the landing cost to Ibadan metropolis, it will be around N175 to N176 per litre.

“That is why most of our members that are lucky to get  supply are selling around N180 per litre.”

He said the only remedy to the issue was for the NNPC to buckle up.

“They are trying and we should commend them, because they are the sole importer of petroleum products into the country. But, they can still buckle up to do more.

“The solution is that the Federal Government should find a means of using their own personal and conventional depots.

“In the South-West, we have five deports and none of the depots is working in the last five years.

“Another thing is that if government can deregulate and do the needful, it will create a level playing field for any investor that wants to invest in importing and selling of these products.

“But, as of today, you cannot get forex to go and buy on your own; if you buy, it will be much higher than what we are selling,” the IPMAN chairman said.

On the circular about increase in freight rate, Mutiu said it was an increase in the tariff of the heavy trucks that transport the products which started on June 1.

“They have increased the cost of transportation of petroleum products, because of the increase in the price of diesel.

“So, if they have increased that, definitely, it will affect the price of petrol.

“So, it is one of the reasons why we increase our pump price,” he said.

NAN reports that fuel scarcity, which resurfaced in Ibadan on Wednesday, still persist as at Friday morning, as some filling stations were selling petrol between N180 and N187 per litre.

The few one selling at N165 per litre, were characterised with long queues of vehicles, motorcycles, tricycles and jerry cans.

NAN gathered that motorists and commuters were on Wednesday evening stunned to notice that many filling stations had hurriedly closed their stations and stopped selling the product.