Mrs Mariam Katagum, Minister of State for Industry, Trade and Investment, stated that research showed that US$28 trillion could be added to global annual GDP by 2025, if women participate in the workforce at the same rate as men. 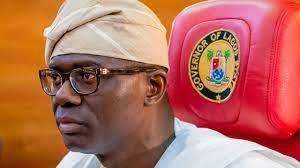 Some notable Nigerian women have emphasised the need to end gender bias against women globally by advocating gender parity mechanisms across all spheres of human interactions.
They spoke at the 2022 edition of the Bank of Industry (BoI) International Women’s Day celebration on Thursday in Lagos.
Mrs Mariam Katagum, Minister of State for Industry, Trade and Investment, stated that research showed that US$28 trillion could be added to global annual GDP by 2025, if women participate in the workforce at the same rate as men.

The minister stressed the need to break biases that limited women’s overall involvement in the workforce to accomplish the 2030 agenda for Sustainable Development Goals 5, 8 and 10.

She noted that humans had the inclination to form opinions or prejudices about individuals or groups in a way that may be unfair.

Katagum said that the most common type of bias is gender bias, which represents subconscious or conscious attitudes that form the majority of perceptions about a specific gender, usually the female gender.

She noted that the biases hindered women’s progress and made it more difficult to create a level-playing field in whatever decision or career choice they make.

“Women are traditionally expected to be kind, nurturing, and communal, and as such, when a woman is assertive in the course of carrying out her duties, she is liked less and considered aggressive or even troublesome.

“Another operation of gender bias is in the deep-rooted and incorrect assumptions about men and women’s abilities.

“Another common operation is in relation to motherhood and its interplay on other aspects of a woman’s life.

“Motherhood triggers false assumptions that women are less committed to their careers, and even in some instances, less competent.

“Our charge is to break the biases wherever identified and strive to achieve gender equality.

“Starting from the home, parents must play their role in raising our sons and daughters to understand that both genders are important and equal.

“And this must be reinforced in schools, places of worship, offices, government institutions, etc,” she said.

The minister pledged to diligently shine the light on biases faced by women in Nigeria, such as unequal opportunities in leadership positions, education and jobs, difficulty in accessing credit, gender pay gap, amongst others.

Katagum reiterated President Muhammadu Buhari’s administration’s commitment to balance the scale by promoting female entrepreneurship through the Government Enterprise and Empowerment Programme (GEEP) and many other initiatives.

She lauded women for keeping hope alive even in the face of intimidation and acknowledged their steadfastness at justice and human development.

She charged them to continue to break barriers in politics, business, entrepreneurship, medicine and many other spheres of engagements.

Wife of the Governor of Lagos, Dr Ibijoke Sanwo-Olu, reiterating Lagos’ stand against gender and sexual-based violence, said the state had done a lot of campaigns and advocacies in that regard.

She added that as a body, the Nigerian Governor’s Wives Forum had, in a year and a half, been able to capture 33 states against 12 states in their advocacies against gender-based violence and other abuses.

Sanwo-Olu said that empowerment is ongoing to support victims of these violent acts and called on women to come together to achieve more.

She also stressed the need to go back to the drawing board to engender more women participation and representation in the politics just as in the private sector.

“We must look at things that have been mentioned here about literacy and gender parity, and wake up to break the bias” she said.