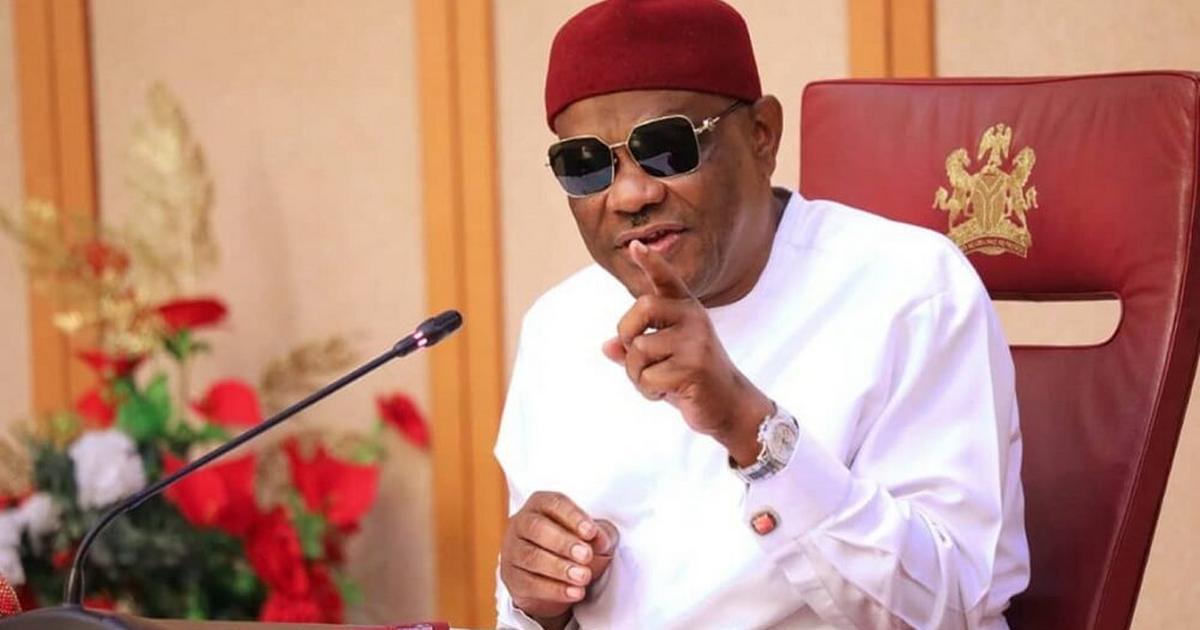 Gov. Nyesom Wike of Rivers says the resignation of the the Peoples Democratic Party (PDP) Board of Trustees (BoT) Chairman, Sen. Walid Jubrin is a distraction.

Wike who made the remark at Ahoada on Thursday described it as charade.

Jubrin who resigned his position earlier in the day said that his resignation was to ensure the victory of the party at the 2023 general election.

However, the Rivers governor said the current hierarchy of the PDP leadership was against the constitution of the party.

He said that a situation where the North held the presidential ticket and the national chairman position at the same time was a gross injustice to the South.

According to him, the current hierarchy of the PDP does not give room for the interest of the south, particularly when decisions were to be taken.

Wike said PDP national chairman, Sen. Iyorchia Ayu had earlier promised that if its presidential candidate came from the north, he would resign after the party convention to give way for a chairman from the south.

He claimed that Ayu made the pledge both in the house of Bauchi State Governor, Bala Mohammed and at the PDP Senate Caucus meeting.

Wike added that the the party’s Presidential candidate, Alhaji Atiku Abubakar also told him after the convention that Ayu would resign.

He then challenged Atiku to implement what he said, adding, ‘’it is nothing to do with Wike; it has to do with integrity.

‘’This is what he told me; I challenge the presidential candidate to deny this.

‘’If he denies it, I will go further to say so many things to Nigerians because enough is enough; we can’t continue this way.”

He described as erroneous, the belief in some quarters that he was bent on destroying the party and stated that he was only calling for justice and equity.

According to him, we have finished the presidential primaries; it is over. So, when people say you want to destroy the party because you didn’t win primary, I think they’re sick.

He, however, said he would sustain the fight for a return to healthy party structure to allow for an even representation of the interest of the north and south in the national leadership of the party.