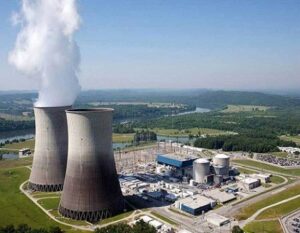 Nuclear energy authorities in Japan have recently authorised a highly-controversial plan to discharge radioactive wastewater from a crippled nuclear power plant into the Pacific.

The ocean is shared by many dozens of countries and regions.

The Nuclear Regulation Authority’s decision is an egregiously dangerous and irresponsible move.

It blatantly disregards the public health and wellbeing of its own people and those in neighbouring countries.

It once again revealed the conscienceless nature of the Japanese government.

Responding to the plan’s approval, Japanese citizens have taken to the streets in protest and voiced their anger.

The South Korean government has vowed to take the best responsive measures internally and externally.

The Chinese government has also expressed its firm opposition.

Japan’s decision-makers had chosen to proceed with their plan without sufficient consultations with related parties and international institutions.

The Pacific Ocean does not belong to Japan.

All countries and regions along the coastlines have every right to demand that Tokyo act responsibly and answer their urgent and legitimate concerns accordingly.

One major worry was the contaminated water itself.

After suffering core meltdowns, the Fukushima nuclear plant has been generating massive amounts of radiation-tainted water.

Substances like tritium, a radioactive byproduct of nuclear reactors, are hard to filter.

Some marine experts also raised concerns over traces of ruthenium, cobalt, strontium and plutonium isotopes in the wastewater.

However, Tokyo Electric Power Company Holdings Inc. and the Japanese authorities have never devised a transparent and credible plan to explain how they intend to filter out these radioactive elements and make the water safe.

On the contrary, Tokyo seems to be trying to give an impression that it has exhausted every possible means, repeatedly claiming that the water containing small amounts of tritium, a radioactive form of hydrogen, is scientifically safe.

If that were true, why didn’t former Japanese Prime Minister Yoshihide Suga drink some of the water during his visit to the Fukushima Daiichi nuclear power plant?

The Pacific faces immense pollution because of Japan’s reckless intent.

If dumped from Fukushima prefecture, the wastewater could encircle the entire Pacific Ocean.

Tritium is light and could reach as far afield as the U.S. West Coast within two years, said Ken Buesseler at the Woods Hole Oceanographic Institution in Falmouth, Massachusetts.

According to media reports, research by the Helmholtz Association of German Research Centres concluded that if contaminated water from Fukushima is released into the ocean.

It would only take seven months for the contaminated water to reach the shores of South Korea’s Jeju Island.

The United Nations Convention on the Law of the Sea stipulates that states shall take, individually or jointly as appropriate.

“All measures consistent with this Convention that are necessary to prevent, reduce and control pollution of the marine environment from any source.’’

Japan, a signatory of the pact, must not use the Pacific Ocean as a giant sewage system.

It should honour the convention with tangible actions.

If Tokyo insisted on putting its own interests above the public interests of the global community and proceeded to pollute the ocean.

It would surely pay the price for its irresponsible behaviour and leave another indelible mark on its history.