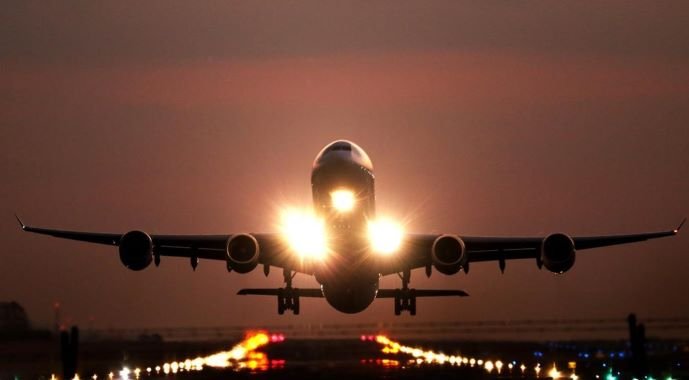 Japa is on the lips of many Nigerians these days. The term is however now quite well understood by nationals of other countries, especially those in the embassies and consulates in Nigeria. It would seem that Japa has resulted in such countries making it almost impossible for eminently qualified Nigerians from receiving Visitors’ visas.

“Japa” is the Yoruba word for “to run, flee, or escape.” The word has come to represent the aspiration that young and middle-aged Nigerians have to leave their country for more promising prospects of fulfillment for themselves and their families for good. If you are trying to Japa, you are not alone as Japa has now reached epidemic proportions, such that even those with well-paying jobs and thriving businesses are joining the Japa train in droves.

Sadly, many of the Nigerians who try to escape the pains from their fatherland and Japa to other places, including neighbouring countries like Sudan, Chad, Cameroon and Niger, may be unaware that even if they succeed, their victory will, at best, be short-term and pyrrhic. This is because, as they say, “There is no place like home.” Their plight may however be understood as the level of insecurity and growing poverty in the land could give the average person serious mental health problems.

Poor leadership and systemic corruption has continued to cause the haemorrhaging of Nigeria’s fame and fortune and thus exacerbate the Japa syndrome. Having lost a huge chunk of its money, stolen by kleptomaniac leaders and public servants over the years, this giant of Africa is now in serious danger of fast losing its vast skilled human resources to other countries especially, those in the developed world in the unfolding Japa epidemic.

Other countries like China and India created and sustained clear outward migration programmes early in their development plans to expose their citizens to better education and technology with a clear path towards bringing back the acquired skills and assets obtained in their host countries, the Nigerian scenario in recent times has sadly mainly a matter of self-help and no clear harnessing of the potential of diasporans.

This is the reason Nigeria’s stock of medical, academic, ICT, finance and other key professionals is fast depleting and it may continue unabated if something is not done urgently to discourage the best of us from “Japaing” and reset the country on the path to greatness.

How can the country rebuild and attain greatness if a large chunk of professionals is being forced to Japa out of the country for purpose of survival? How can the country proceed on the reset programme if we do not get involved in voting and deciding the next crop of leaders?

Nigeria has variously been described as “a rich country with poor people”. Nothing captures this better than the current scenario where all other oil exporting countries are posting mouth-watering profits from high oil prices amid limited global supplies as a result of the Russian war on Ukraine but Nigeria is making losses because its leaders claim that phenomenally huge percentages of its crude are being stolen.

Nigeria is even not able to meet its small OPEC quota whereas other OPEC members are jostling to increase their own quotas. Not a few Nigerians believe that such a level of stealing cannot be possible without the collusion of government officials in the oil ministry and security agencies. It is a scandal of no mean proportion and is one of the causes that those who can afford Japa to saner climes!

These desperate acts of well-placed officials who face no consequences for their actions have unwittingly led to the notion among the citizenry especially the youth that making money through any means is okay. There is thus an embarrassing rise in Japa and various kinds of crime including cross-border crimes such as internet fraud, human trafficking and narcotics trade.

Unfortunately, as news about the bursting and arrest of a growing number of Nigerians involved in these crimes fill cyberspace and traditional news media, the Nigerian persona in the eyes of the world becomes very negatively shaped. This is easily the case since Nigeria has no deliberate programme, policy or agency to positively shape the image it wants to project about the nation or its nationals to the world.

Our oil wealth, soccer prowess, and entertainment exploits have variously contributed to a positive perception of the Nigerian over the years but the poor leadership projection has cancelled out those huge gains and the government and people need to do a lot more to show the world that Nigeria is indeed a giant to be respected and loved. Japa is surely not the ultimate solution for Nigerians!

Nothing is worse than losing one’s dignity at home and that indignity being replicated and magnified in the public. This scenario is however playing out for the majority of Nigerians at home and abroad.

In recent months, European Union countries have denied an embarrassingly large number of upper-middle-class Nigerians visas, usually at the last minute, even when those visas were meant for them to attend the graduation ceremonies of schools that they had paid substantial sums to obtain post-graduate degrees or paid holidays. The UAE, Ethiopia and even Ghana have recently rolled out policies that can best be described as being disdainful to Nigerians.

The sad part is that The Nigerian government is always quick to come to the defense of these acts and policies that diminish Nigerians with nebulous explanations rather than demand for more decent treatment of its citizens. This is unlike what happened when South Africa was dealt a reciprocal blow by the President Goodluck Jonathan administration when Nigerians were so infamously repatriated from their airport in 2012 when 125 Nigerians were reportedly refused entry into the country as soon as they landed at the Oliver R. Tambo International in Johannesburg on account of yet to be proven possession of fake yellow vaccination card.

Nigerians have some serious work to do. Even as the Japa syndrome bites harder, Nigerians at home and in the diaspora need to take positive steps to support, campaign for, and vote for the right candidates in the forthcoming 2023 general elections. We must rekindle hope in Nigeria and ensure that it works for us. We are just too big to fail…and we are almost at the precipice.

Thankfully Nigerians, more than ever before, are guaranteed that their votes will count with the signing of the 2022 Electoral Act and INEC’s adoption of technology has introduced many new innovations to protect the sanctity of the choice made by Nigerians at the polls ranging from voter registration to voter accreditation and result management. The deployment of the Bimodal Voter Accreditation System (BVAS) with its dual fingerprint and facial biometric accreditation process has ensured that only genuine voters are accredited to vote during elections. Surely, it is better to vote wisely than to Japa!

The INEC Result Viewing (IReV) Portal has made the result management procedure more transparent. Polling Unit results are now uploaded in real-time to the IReV portal for public view. This has enhanced the transparency, credibility and consequently public confidence in the outcome of elections. The IReV has come to stay and polling unit results will be uploaded to the portal in real-time in the 2023 General Election.”

For those who are yet to Japa, do not sit idly by and lament. Mobilise your family, friends and neighbours to vote for the right candidates at all levels and also ensure that they are held accountable. Public officials must be made to realise that they are meant to serve the people and not the people to serve them. If we do it right, there will be less need for Japa to continue.

What the UN says about Migration

Migration has always been a significant part of Nigerian history. All the major ethnic groups in Nigeria believe that their current settlement resulted from their ancestors’ prior migration. At the beginning of the 20th century, after the arrival of Europeans in Africa, thousands of Nigerians started moving abroad to the Ivory Coast, Mali, Ghana, Sudan, and Togo in search of job opportunities.

After World War II many Nigerians left the country to complete their education abroad, mainly in the UK and the USA, to later return home as highly qualified professionals. These persons would play an important part in the period leading up to independence and in the post-independence period. After independence, the ethno-religious violence between groups of the (Islamic) north and (Christian) south generated several forms of involuntary migration in Nigeria. However, because of the country’s relatively stable economy, the 1970s saw a large influx of both intraregional and international migrants from ECOWAS countries. With the political tensions and economic recession starting in the early 1980s, this influx lessened, and emigration became more permanent. Moreover, owing to the consequences of the Structural Adjustment Programs, many professionals decided to leave Nigeria as their wages and working conditions were declining.

Since the beginning of the twenty-first century, the emigration of educated Nigerians to other African countries has increased. Many Nigerian migrants integrate successfully into their host societies and often keep in touch with their families in Nigeria, creating transnational networks. However, Nigerian emigration has the reputation of being highly criminalized due to the arrests of Nigerians using fake documents, congregating in unauthorized settlements, and engaging in criminal activity abroad.

Although Nigeria is an important destination for migrants in the region, there are typically more people emigrating from, than immigrating to Nigeria. There is a widespread desire to migrate among Nigerians. In a study conducted by the IOM, 81% of respondents indicated their desire to leave their community for economic reasons and move to non-African countries or urban settings within Nigeria. Between 1990 and 2013 the number of Nigerians living abroad more than doubled, passing the one million mark. Most Nigerians abroad live in Sudan (24%), the United States (14%) and the United Kingdom (9%). Many Nigerian emigrants also migrate to the neighbouring countries of Cameroon and Ghana.

2023: Why election riggers are fighting against INEC’s BVAS

Afenifere endorsement: Can Tinubu correct all his unforced errors?