According to him, such collaborations would lead to the training of many more youths who would impact the Nigerian environment and solve the problems of unemployment and poverty. 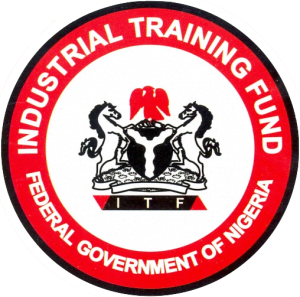 The Industrial Training Fund (ITF)  has urged stakeholders, such as state governments, the Organised private sector, among others, to collaborate with the Fund in training more Nigerians with requisite skills.

The Director-General, Sir Joseph Ari said this on Tuesday in Jos, at the graduation of 3,905 youths the Fund trained under one of its skills acquisition programme tagged, `National Industrial Skills Development Programme’ (NISDP).

Ari, represented by the Fund’s Director of Public Affairs Department, Mrs Suleyol Fred-Chagu, said that the collaboration could be in the form of sponsorship of additional trainees or by the purchase of start-up packs for beneficiaries of the programme.

According to him, such collaborations would lead to the training of many more youths who would impact the Nigerian environment and solve the problems of unemployment and poverty.

“The training of more youths will make them bulge to the country’s advantage as the youthful population, if gainfully engaged, would stem the tide of unemployment and other social vices,’’ he said.

Ari said the trainees commenced training in the last quarter of 2021, and they were trained on skills in two trade areas of catering and event management and plumbing and pipe fitting.

The DG explained that the trade areas were chosen in view of their potentials to provide sustainable livelihoods for the trainees, as the demand for such skills were high.

Ari said that graduates of the programme would be empowered with start-up packs to start their own businesses.

He called on them to ensure that they utilised the opportunity provided by the training and the start-up packs to improve their lives and contribute meaningfully to the Nigerian economy and the actualisation of the Federal Government’s policy objectives.

Mr Adamu Umar, one of the beneficiaries of the training, thanked the ITF for the training, saying that it had made him self-reliant and would also make him an employer of labour.

Umar reassured the management of the ITF, that he would make the best use of the start-up packs given to him. (NAN)